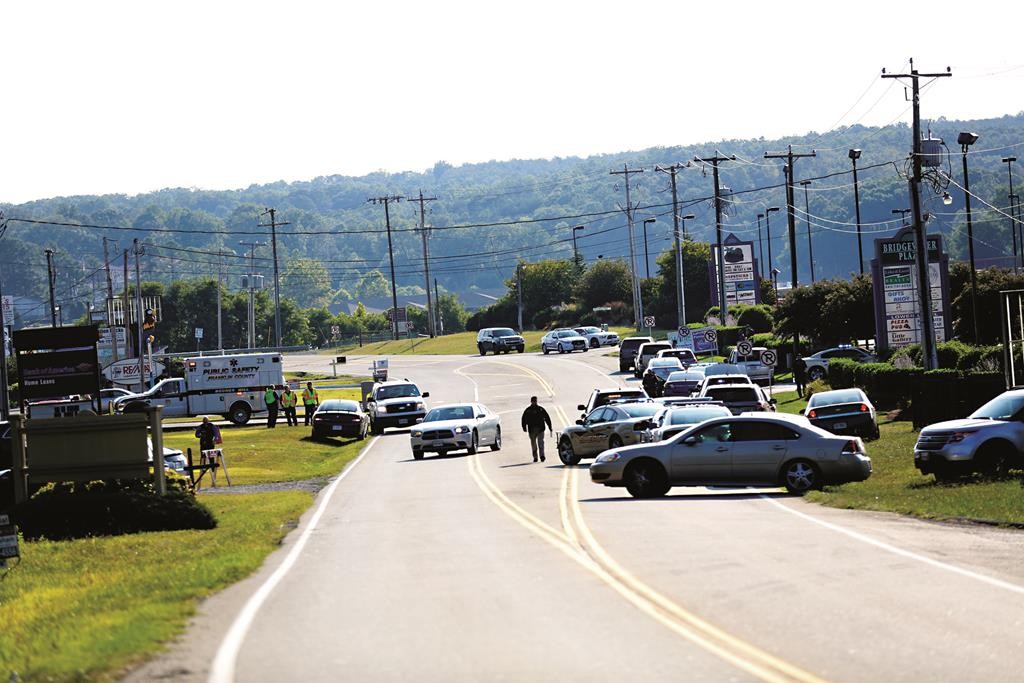 A Virginia official says the suspect in the fatal shooting of two WDBJ media outlet employees during a live broadcast has died.

Virginia Secretary of Public Safety Brian Moran says Vester Flanagan died at 1:26 p.m. Wednesday. Flanagan shot himself as he was being pursued by police for the fatal shooting of a reporter and cameraman during a news program early Wednesday morning.

Flanagan went by the name Bryce Williams on the air. He was a former employee at the station. The general manager says that he was known for being unhappy, angry and hard to work with, and that he was eventually fired.

Jeffrey Marks of WDBJ in Virginia talked briefly on air about Flanagan on Wednesday afternoon. Marks said Flanagan was hired as a reporter a few years ago after a while out of the news business.

Marks said Flanagan had a reputation of being difficult to work with and being on the lookout for people to say things he could take offense to.

“Eventually, after many incidents of his anger coming to the fore, we dismissed him. He did not take that well,” said Marks.

According to Marks, when Flanagan was fired, police had to escort him from the building.

Marks said that Flanagan alleged that other employees made racially tinged comments to him and that he filed a complaint with the EEOC. But Marks said that the allegations couldn’t be corroborated, and that the claim was dismissed.