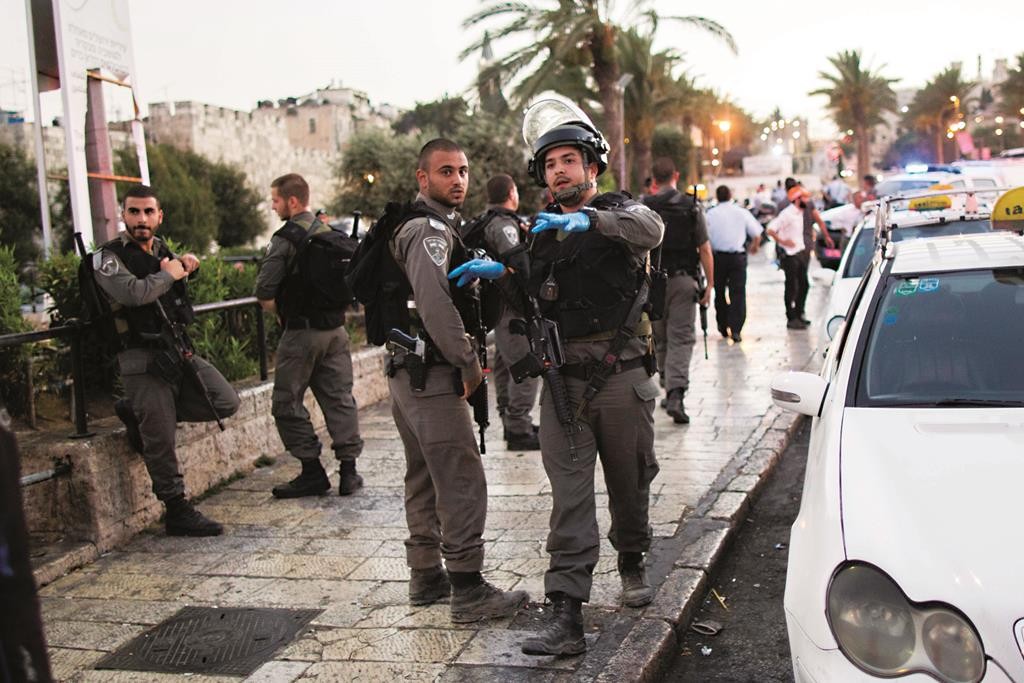 A knife-wielding Palestinian terrorist lunged at a group of Border Police officers near Damascus Gate in Yerushalayim’s Old City on Wednesday, lightly wounding one of them before they managed to subdue him.

The police said the man approached the officers at a checkpoint and told them he was not feeling well. They warned the man to stop, but he kept coming, then pulled out a knife and, shouting “Al-lahu Akbar,” stabbed an officer in the leg, wounding him lightly. The wounded policeman, 19, was taken to Hadassah Ein Kerem Hospital in stable and conscious condition.

The terrorist was arrested by security forces and was being questioned.

The unit’s commander, Nisu Guetta, praised the sharp reactions and vigilance of his men.

“A little over two months ago, we witnessed another terrorist attack in almost the same place. The alertness of the policemen is the main reason these incidents ended before the terrorists were able to harm innocent people,” he said.

In another violent incident later on Wednesday, assailants threw Molotov cocktails and stones at Border Police officers in the Yerushalayim neighborhood of a-Tur, causing a police vehicle to burst into flames. The men inside the vehicle evacuated safely