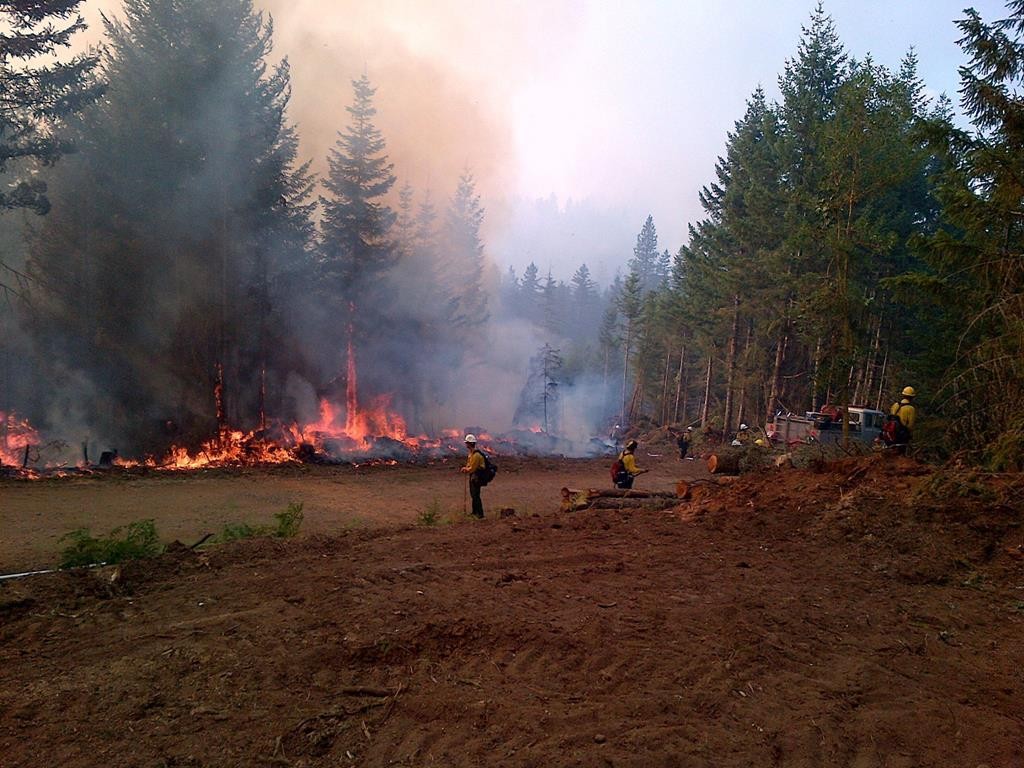 The units include forest rangers, state employees and volunteers who work with firefighters and rangers from around the country to contain and extinguish wildfires in western states.

More than 1,000 firefighters in all responded to the Stouts Creek fire, which was sparked by a lawn mower on July 30.