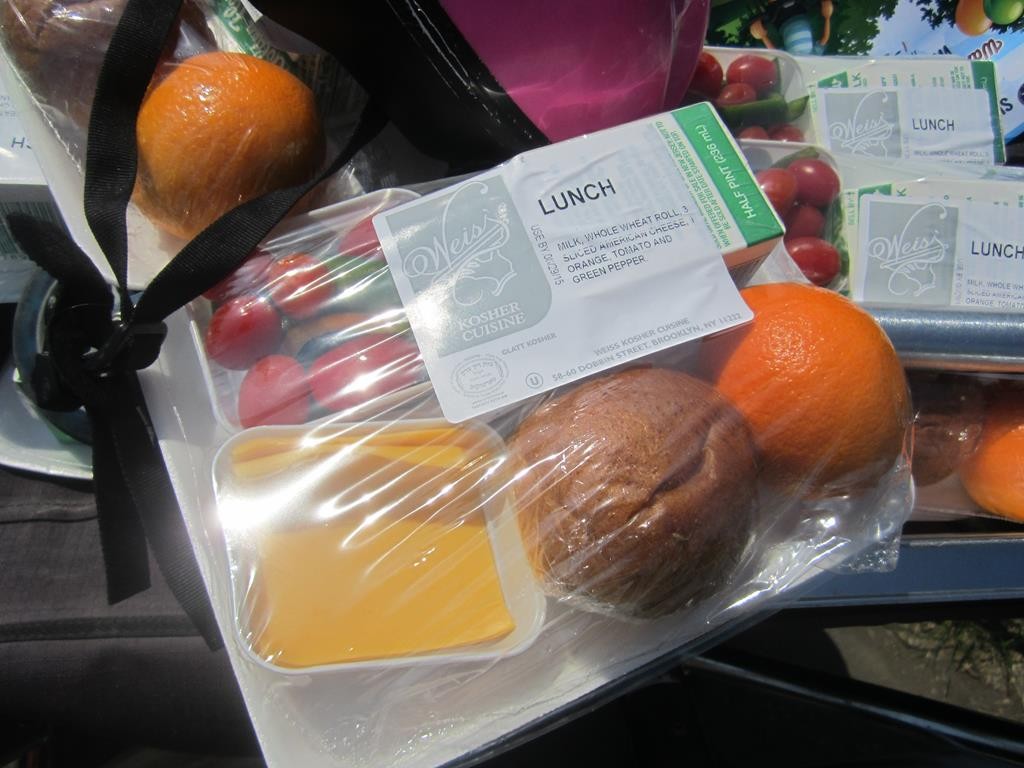 When the late economist Milton Friedman said, “There’s no such thing as a free lunch,” it was long before the Kosher Summer Meals program was launched in 2012.

With funding from an array of social and city agencies, volunteers gave out about 600 lunches to children who gathered with their parents Tuesday afternoon at Gravesend Park on 18th Avenue. It was surprising to hear seven-year-olds as well as older kids say that they liked the offering, considering that the lunches consisted of cheese, an orange, cherry tomatoes, and milk — not the highly processed, highly sweetened fare that kids usually prefer.

The annual program, held during the week between the end of camp and the beginning of school, “sends a great message about healthy starts for the new school year,” said District 50 Assemblyman Joseph Lentol.

Rabbi Dr. Martin Shloss, director of the Department of Day Schools and Yeshivas at The Jewish Education Project, told Hamodia that he and other officials work during the year to get schools to offer healthy lunches that kids will actually eat (federal mandates for items such as whole-wheat pasta have had limited success since many children shun such foods).

The lunch give-away was for low-income families, and youngsters under the age of 18 were welcome to enjoy the fare in the sunny late-summer afternoon at the park, accompanied by musical entertainment by Yehoshua Solomon’s one-man band.

The festive atmosphere, though, belied the serious problem that spurred the Kosher Summer Meals program — “the alarming number of children living in poor Jewish households,” as the Metropolitan Council on Jewish Poverty, a key sponsor, stated.

“Every day, 300,000 New Yorkers struggle to find nutritious and kosher food,” said Alan Schoor, CEO and executive director of the Met Council. The week between camp and school is “particularly difficult” for many families, he said.

About another 600 meals were distributed in a similar event in Williamsburg, organizers said.