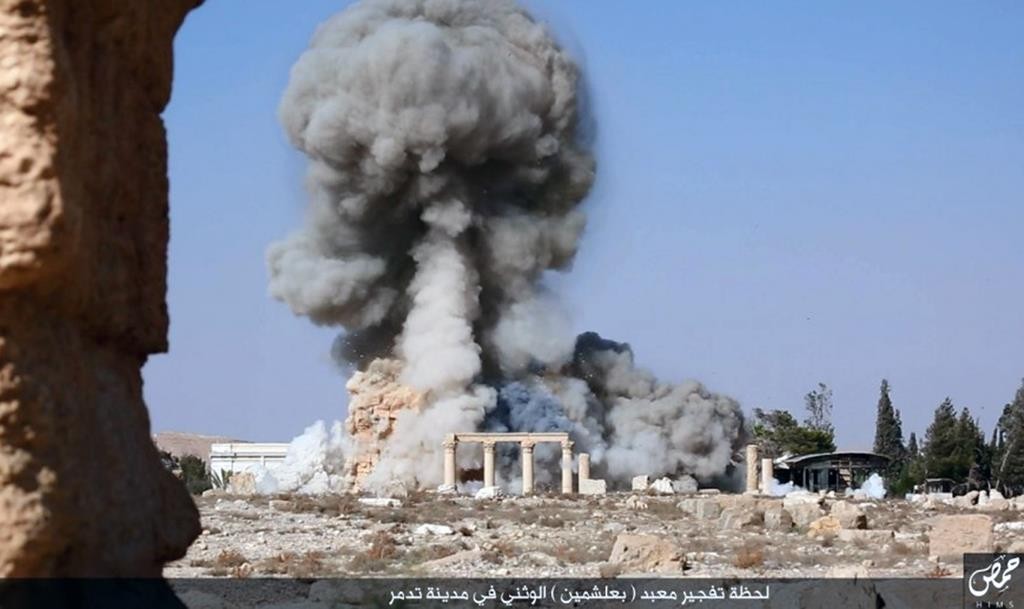 Islamic State published photographs on Tuesday purporting to show the destruction of a 2,000-year-old Roman-era temple in the ancient Syrian city of Palmyra, an act the U.N. cultural agency UNESCO has called a war crime.

Syria’s antiquities chief Maamoun Abdulkarim told Reuters the images did appear to show the destruction of the ancient Baal Shamin temple and correlated with descriptions given by residents of the explosion detonated there on Sunday.

The group has destroyed ancient buildings and artifacts — looting some sites for profit — all in the name of purging what it considers symbols of idolatry to create a society dedicated solely to its extreme and violent interpretation of Islam. The IS campaign has horrified many around the world with a scope of destruction that hasn’t been seen for decades.

Islamic State seized the city of Palmyra in May from government forces but initially left its historic sites undamaged.

It has killed people it accused of being government supporters in Palmyra’s ancient amphitheatre, according to activists.

Before the capture of the city, site of some of the world’s most extensive and best-preserved Roman-era ruins, Syrian officials said they had moved hundreds of ancient statues to safe locations.