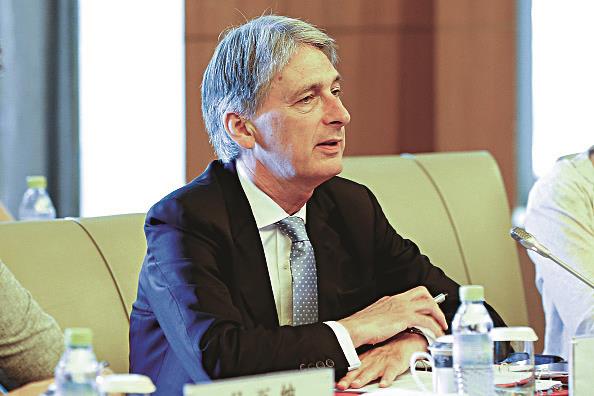 Just a day after British Foreign Secretary Philip Hammond hailed Iran’s desire to “turn a page” with the West and develop better ties, a senior Iranian official reiterated the regime’s hatred of Israel, saying that it “should be annihilated.”

Hussein Sheikholeslam, a foreign affairs adviser to parliamentary speaker Ali Larijani, told Iranian media that contrary to Hammond’s remarks, “Our positions against the usurper Zionist regime have not changed at all; Israel should be annihilated and this is our ultimate slogan.”

The British diplomat, in Tehran on Monday for the reopening of the UK embassy, said that Iranian President Hassan Rouhani had indicated a “more nuanced approach” to Israel’s existence.

Hammond said Supreme Leader Ayatollah Ali Khamenei’s “revolutionary sloganizing” should be differentiated from “what Iran actually does in the conduct of its foreign policy.”

“We’ve got to, as we do with quite a number of countries, distinguish the internal political consumption rhetoric from the reality of the way they conduct their foreign policy,” the Guardian quoted Hammond saying.

Meanwhile, Iran’s intelligence minister warned on Monday of plots by western spy agencies, including Israel’s Mossad, against the Islamic Republic.

But Alavi claims he is unperturbed, and that Iran is “an island of security.”