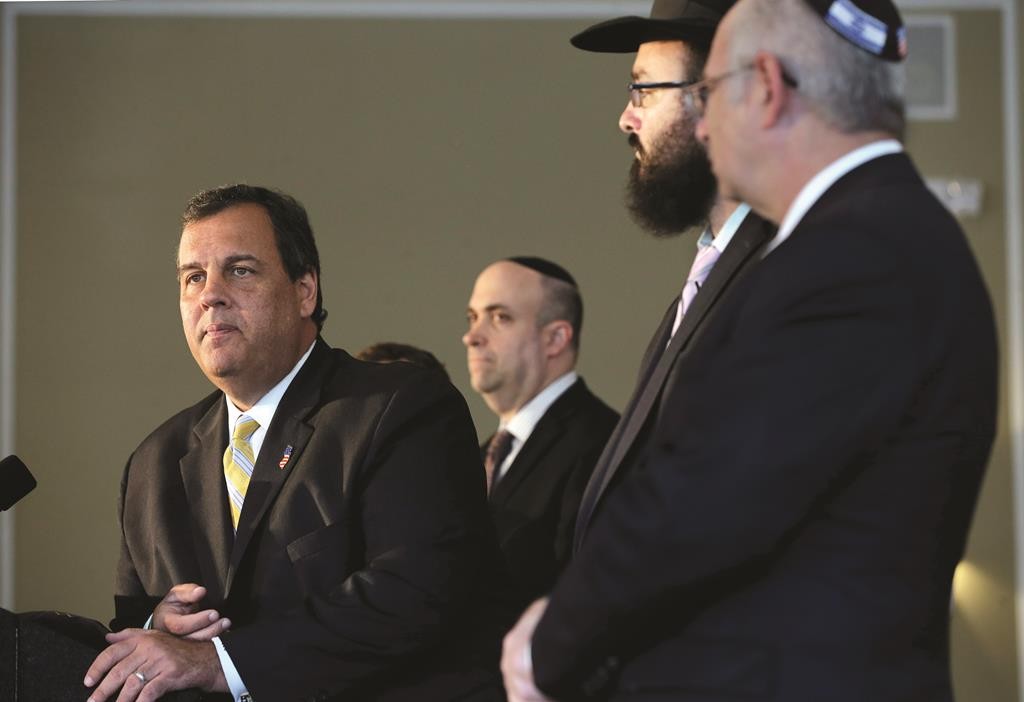 The Iran nuclear agreement is a bad deal and Congress should vote to block it, including an undecided U.S. Sen. Cory Booker, Gov. Chris Christie said Tuesday as he stood alongside Jewish leaders.

Christie’s rare home-state news conference comes as he campaigns for the Republican nomination for president and about a month before the Republican-controlled Congress is expected to vote on a resolution to disapprove of the White House-backed deal. The agreement aims to dismantle Iran’s nuclear capabilities in exchange for relief from international economic sanctions worth billions of dollars.

The governor appeared at Rutgers University’s Chabad House to urge Booker and the state’s congressional delegation to oppose the deal.

“We now must count on the United States Congress to substitute for the moral clarity that this president lacks,” Christie said.

New Jersey’s delegation should stand united as it did after Superstorm Sandy — when lawmakers called for federal assistance — against this deal, he said.

Booker is spending “countless hours” reviewing the deal and consulting with independent experts “regardless of political pressure, lobbying or theatrics,” spokeswoman Silvia Alvarez said in a statement.

“The question of how best to stop Iran from obtaining a nuclear weapon is as complicated as it is serious, and Senator Booker will continue to devote himself to determining the path forward that will best ensure America’s security and that of our allies,” she said.

Christie has hammered the deal as he has made foreign policy a centerpiece of his campaign, which has so far failed to gain traction with voters. Christie was the ninth of 10 candidates in this month’s Fox News debate, which selected candidates based on a composite of polls.

He suggested that if the deal goes forward and he’s in the White House, he would end the United States’ participation in the agreement.

“It is a bad deal. It is a deal that is not in the interests of the United States,” he said. “And I think the folks in New Jersey have learned over the last six years that when I think something is a bad deal, I take action to try to change it.”

Christie’s remarks made multiple references to New Jersey, a state he said compares roughly in size with Israel and has a sizable Jewish community.