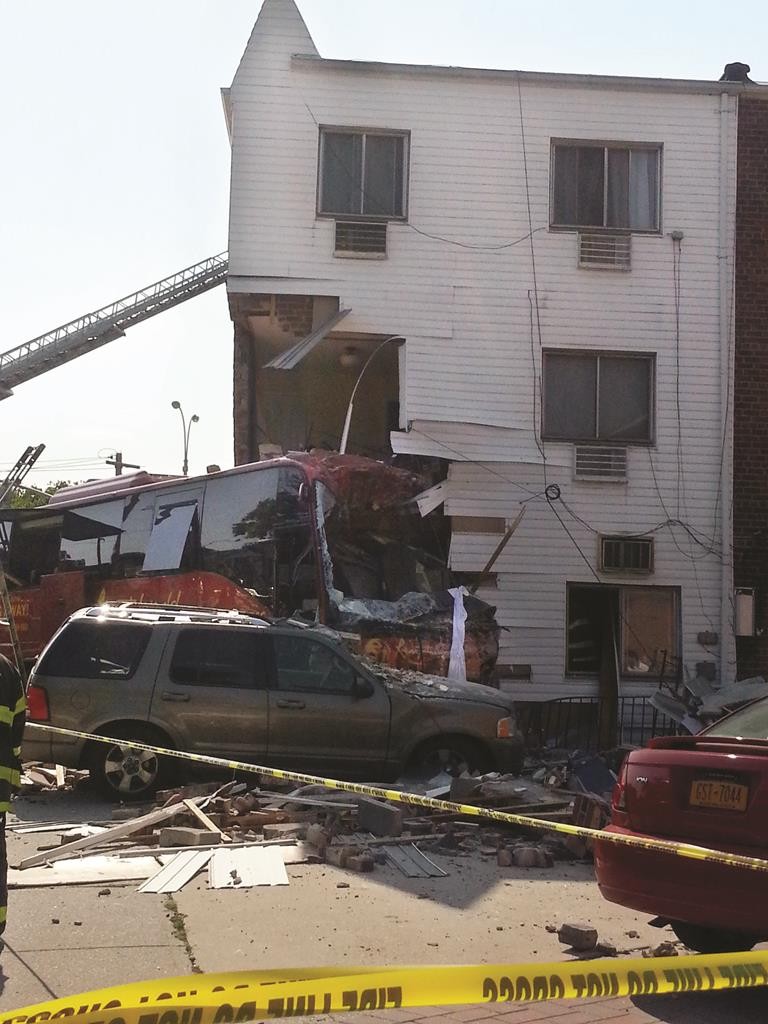 A driver who cut off a casino bus in Queens before it jumped a curb and slammed into a brick building, injuring six people, has been ticketed, police said Tuesday.

Driver James Honorat swerved to avoid the Toyota sedan and sheared off part of a three-story building on Monday afternoon. The 37-year-old man behind the wheel of the Toyota had turned right from the far left lane and he was issued a summons for making an improper turn.

Honorat, 39, had to be cut from the wreckage and is hospitalized with injuries to his face and hands, police said. He has not been charged with a crime. Five other passengers were treated for injuries, which included neck and arm pain and cuts.