Regional At 150, FDNY is More Diverse, With Some Hurdles
Regional 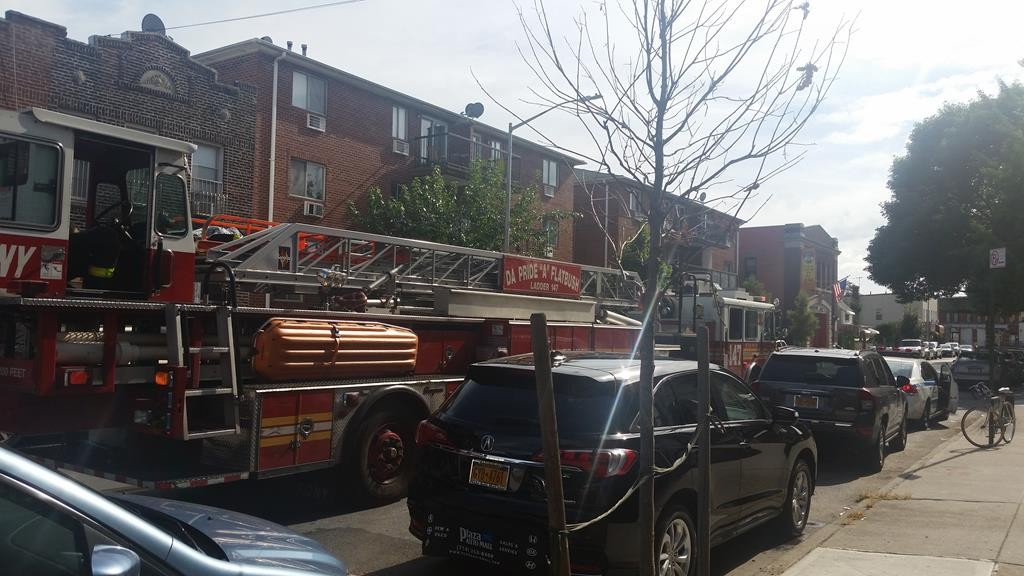 With a ladder truck, a rescue demonstration and a chance for children to spray a fire hose, a Harlem block party this month honored the 150-year history of the nation’s largest fire department. But the recruitment table was there to help shape a changing future.

It drew a steady stream of passers-by, virtually all minorities in the predominantly black neighborhood. Some, like James Dennis Jr., said it was the first time they’d considered joining the Fire Department, which is under a court order to diversify its overwhelmingly white and male ranks.

Three years into a process that has changed recruitment and hiring, the FDNY is making headway. Minorities make up 17 percent of its uniformed members, up from about 10 percent in 2012. Women represent half a percent. By comparison, the New York Police Department is about 47 percent minority and 17 percent female.

“I want to see us be a more diverse department, and we are becoming that,” Fire Commissioner Daniel Nigro told The Associated Press.

Still, it’s far from representative of a city where over half of residents are members of minority groups. Minority firefighter leaders say the department needs to do more, and demographic shifts haven’t always changed a firehouse culture that grew over generations of near-uniformity, as largely Irish-American and Italian-American men followed their fathers, uncles and grandfathers into the job.

A current of antipathy spilled into the forefront recently, when Deputy Chief Paul Mannix was docked 50 days’ pay amid an investigation into leaks of damaging information about minority firefighters’ performance.

“There’s been a lot of progress made … but still, there’s a long way to go,” says Lt. Paul Washington, a former president of the Vulcan Society, a black firefighters’ group that sued to increase diversity.

Diversity struggles date to the 1970s in many fire agencies. The FDNY agreed to hire one minority firefighter for every three white ones from 1973 to 1977.

The FDNY again faced hiring-discrimination complaints in the early 2000s and took steps to expand its applicant pool, including eliminating a college-credit requirement. Minorities made up 35 percent of a 2008 fire academy class.

But a judge found in 2009 that entrance exams had unfairly eliminated over 1,000 black and Hispanic candidates over a decade. His rulings led to a new entrance exam, a court-appointed monitor, priority hiring opportunities and $98 million in back pay for minorities who took the disputed tests.

With 10,800 uniformed members, the FDNY is more than twice the size of any other U.S. city fire department, complicating comparisons. The San Francisco Fire Department, for instance, went from 17 percent to 30 percent minority in five years after a 1988 legal agreement; it’s now mad up of more than half minorities and 15 percent women. But it’s about one-seventh the size of the FDNY.

The FDNY has paired candidates with veteran firefighters for help navigating the hiring process and is advocating to create “fire cadet” jobs as an entree to firefighting, the court monitor said in a June report.

But the monitor noted some unresolved questions, including why minority hopefuls fail medical tests at higher rates than whites, and whether character reviews are unfair to minorities. The FDNY has agreed to study portions of the medical exam and has removed race, gender and names from applicants’ files before background reviews.

But that hasn’t made the job colorblind, minority firefighters say.

Some minority firefighters hired after the judge’s rulings were greeted with criticism that their hiring was unfair, and some have found little welcome for religious or other differences in a culture that prizes tradition and shared identity, said Vulcan Society President Regina Wilson.

“[Firefighters] don’t have to be a certain color or gender to say they’re willing to die for their community,” said Wilson, a 16-year veteran. “We just need people with their own biases to get out of our way.”

Mannix was a leading voice of opposition to the diversity case, which he portrayed as a dangerously lowering standards and “the imposition of idiocy.” His critics say he ignored the advantages white firefighters enjoyed and the shortcomings some had.

After his recent discipline, Mannix acknowledged that firefighters’ personal information had been leaked to the media and wrote that he wanted to help the FDNY “become not only more diverse and inclusive, but stronger than ever.”

The FDNY wouldn’t comment specifically on Mannix, but Nigro noted that “the department is not immune to problems” at a time of big change. Diversity training is planned soon for all firefighters.

“There may be slow learners. We’ll help them,” Nigro said, but “we want everyone treated with dignity and respect.”