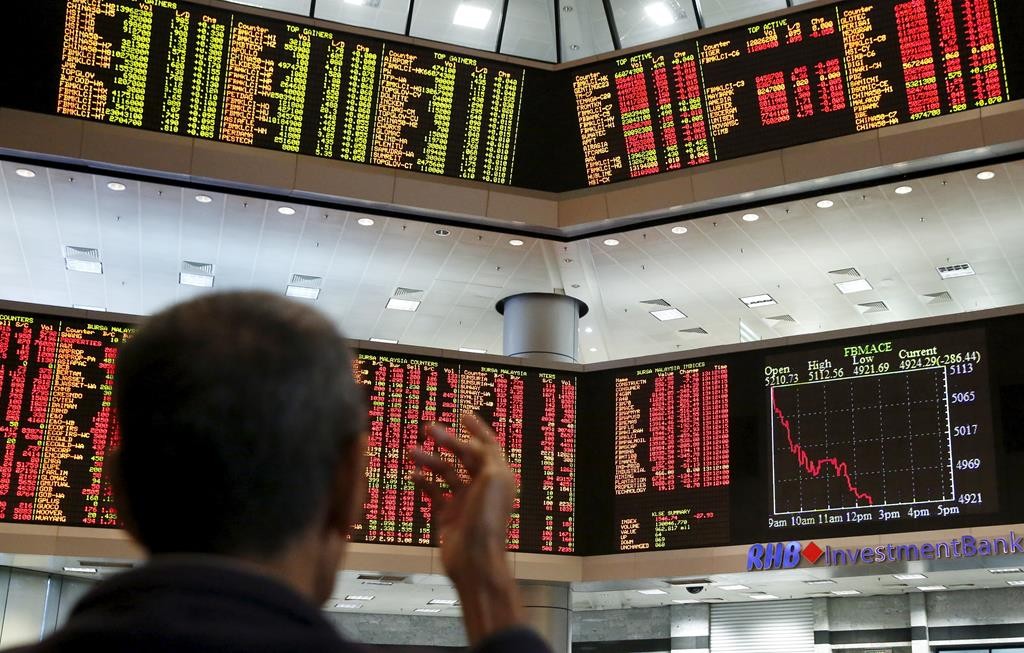 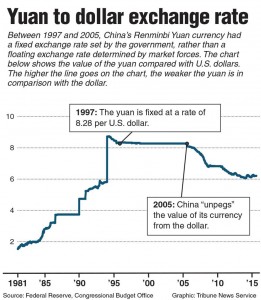 China is exporting something new to the world economy: Fear.

Global investors are quaking over the prospect of a devastating slump in the world’s second-biggest economy. And they’re fast losing confidence that China’s policymakers, seemingly so sure-footed in the past, know how to solve the problem.

The worst-case scenario is that a collapsing Chinese economy would derail others around the world — from emerging markets in Chile and Indonesia to industrial powers such the United States, the European Union and Japan.

The free-fall in the stock markets, in the words of David Kelly, chief global strategist at JPMorgan Funds, is “Made in China.”

This year, the International Monetary Fund expects China’s economy to grow 6.8 percent, which would be its weakest peace since 1990.

China, which was posting double-digit growth in the mid-2000s, is trying to engineer a daunting transition — from overheated growth fueled by exports and often-wasteful investment — to slower growth built on consumer spending.

Official numbers show the Chinese economy grew 7 percent from January through March from a year earlier. Yet there’s growing suspicion that Beijing’s statistics are failing to capture the extent of the slowdown: Auto sales, electricity consumption and construction activity are “all looking very weak,” Kelly notes.

Big American companies such as Caterpillar and Chevron have acknowledged the damage that China’s troubles are causing them. China’s troubles have also depressed several technology stocks. Shares in Apple, which has enjoyed strong sales of iPhones and other products in China, are down nearly 20 percent the past five weeks.

On the surface, at least, the panic on Wall Street might seem overdone. After all, a 1 percent annual drop in China’s economy translates into just a 0.2 percent pinch to America’s economy, according to Mark Zandi, chief economist at Moody’s Analytics. Likewise, a China pullback of that size would slow annual growth in the 19-country eurozone by only 0.10 percent to 0.15 percent, according to UniCredit Research.

That sort of slowdown is hardly catastrophic.

So why the hysteria?

For one thing, China’s troubles raise doubts about whether its policymakers have the tools to keep their economy growing at a healthy pace — something that’s been a reassuring constant for more than two decades.

Recently, Sohn says, “The Chinese government has not been able to control its economy and the financial market.”

Beijing had cushioned its economy during the 2008–2009 financial crisis by ordering state-owned banks to ply companies with loans to build roads, houses and factories. The result: An escalation of corporate debt that’s now feeding the problems.

The Chinese authorities also made the misguided decision to talk up stock prices, encouraging inexperienced investors to buy shares. The idea was that companies could issue stock into a rising market and use the proceeds to reduce their debts.

But stocks rose to unsustainable levels and crashed. The government has since been trying in vain to clean up the mess.

The latest trouble started Aug. 11, when Beijing unexpectedly devalued China’s currency, the yuan. Authorities explained that they wanted to catch up with investor sentiment, which suggested that the yuan was overvalued from having been linked to a rising U.S. dollar.

Skeptics worried that the devaluation was instead a desperate move to bail out China’s struggling exporters: A weaker yuan gives Chinese goods a price edge in foreign markets.

In the aftermath, pain from slower Chinese growth and a weaker yuan could spread. Oxford Economics calculates that a 10 percent drop in the yuan this year would reduce South Korea’s growth in 2016 by 1.16 percent and Indonesia’s 0.32 percent.

Slowing industrial output and construction in China means less demand for Chilean copper, Australian coal and Brazilian iron ore. It also squeezes Taiwan and South Korea, which make components Chinese factories use to assemble electronics, cars and other products. Also suffering is Japan, which sends about a fifth of its exports to China.

The possibility of a worse-than-expected Chinese downturn has also raised worries in Europe, now in a fragile recovery. The impact will depend on just how bad the slowdown turns out to be. A severe downturn — to, say, 3 percent annual growth — could cost Europe 1 to 2 percentage points in lost economic output cumulatively over five years.

Germany would likely absorb the most pain. In the past decade, German makers of industrial machinery and autos have boosted profits thanks to China’s strong growth. In 2013, China overtook the United States as the largest market for luxury carmaker BMW AG.

What if China’s slowdown further reduces oil prices, igniting an economic crisis in energy exporter Russia? Would President Vladimir Putin be tempted to distract his people by stirring up more trouble in Ukraine?

Greece accounts for just 2 percent of the eurozone’s economy. Yet a Greek budget crisis has raised fears that the country would have to abandon the euro, possibly leading to a breakup of the eurozone.

If Greece can threaten European unity, imagine the fallout from a crisis in the world’s No. 2 economy. No wonder investors are freaking out.