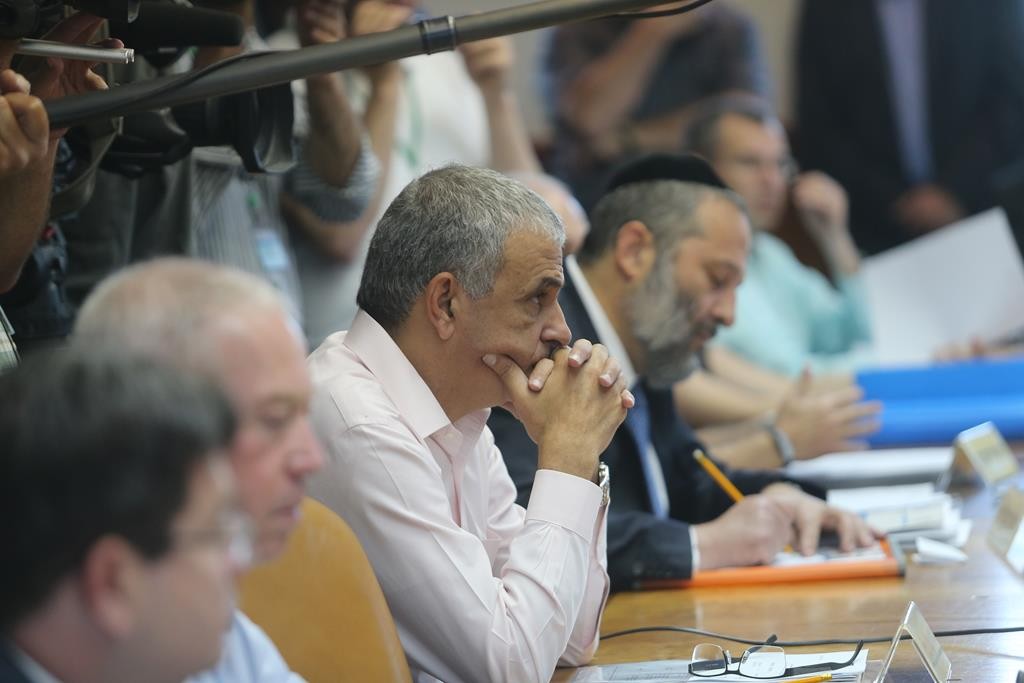 Finance Minister Moshe Kahlon convened a special meeting of senior officials and business leaders to discuss the economic slowdown, which has everybody worried.

The meeting came after the Central Bureau of Statistics released figures late last week showing investments and exports down in the second quarter of 2015.

This was compounded on Monday morning by a glum comment from the Moody’s rating agency to the effect that if things don’t improve it could lead to missed deficit targets, new elections and a lowered credit rating.

“The figures showing a drop in growth worry me, both as Minister of Finance and as an Israeli. I intend to act to strengthen and develop industry in Israel, and make things easier for industrialists in places where regulation makes things difficult. I’m confident that the Ministry of Finance’s measures in support of exports, together with creating a stable work environment and long-term certainty, will achieve results,” Kahlon said.

Manufacturers of Israel Association president Shraga Brosh, who attended the meeting, blamed the economy’s sluggishness on a decline in exports.

“The main reason for the slowdown in growth in recent years has been weakness in industrial exports. Industry’s growth engine has lost steam, and a dangerous downtrend in the establishment of new enterprises in Israel has emerged. We have to bolster competitiveness in Israeli industry, increase productivity, and create the world’s best tax environment for industrialists. In addition, the burden of regulation and bureaucracy must be fundamentally reduced, and new investments in industry encouraged.”

Moody’s analysts Kristin Lindow and Joshua Grundleger had this to say: “A sharp slowdown in growth, if it were to persist, would endanger the deficit targets set in the carefully crafted agreements and the government’s ability to gain approval for the budgets in the Knesset, a credit negative that would likely precipitate new elections.”

They were skeptical that Kahlon was in a position to make things better, regardless of good intentions.

“Fiscal authorities have little or no additional room to maneuver because spending ceilings have been set and the central bank policy rate is already virtually zero. As such, Kahlon’s quick mobilization of his team is unlikely to lead to concrete measures to support growth, at least over the next several months while the budget is being debated,” they write.