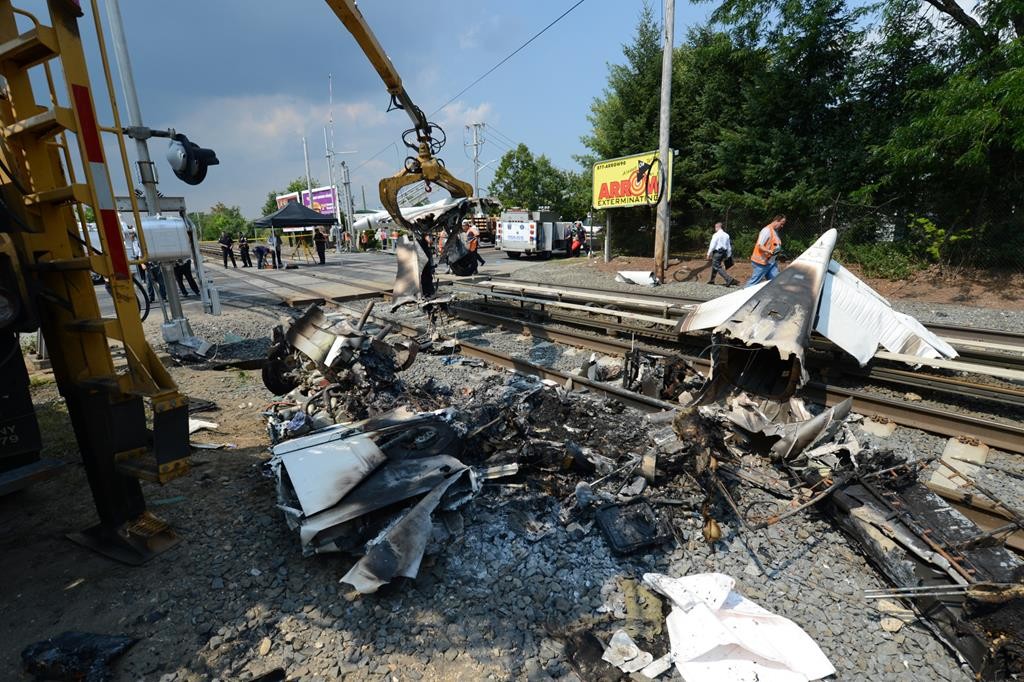 An air traffic controller directed a pilot having trouble with his plane to a landing strip that no longer existed at a closed airport before the aircraft crashed at a nearby railroad crossing, killing him, according to a preliminary accident report released Monday.

The pilot, Joseph Milo, 59, of Westhampton Beach, was killed Aug. 16 when his single-engine aircraft hit the tracks in Hicksville. A passenger was injured.

The Federal Aviation Administration said the Hawker Beechcraft BE35 had departed from Westhampton Beach, on eastern Long Island, and was headed to Morristown, N.J., when it crashed onto a Long Island Rail Road crossing, according to the report issued by the National Transportation Safety Board.

The pilot told an air traffic controller he was “having a little bit of a problem” and would have to “take it down.” The controller gave the pilot information about the location of Republic, LaGuardia and Kennedy airports as well as Westchester Airport to the north. The pilot indicated he would attempt to get to Republic but was concerned he might not make it there.

The controller then provided information about a “Bethpage strip,” the site of a former airport associated with defense contractor Northrop Grumman. The controller told the pilot the airport was closed but said there was a runway there.

“The next several transmissions between the controller and pilot revealed that the pilot was unable to see the runway” while the controller continued to provide information about its location. “Radar and radio contact were eventually lost and emergency responders were notified of the accident,” the NTSB said.

The investigation found that the runway had closed in 1990 and industrial buildings now occupy the area. Northrop acquired Grumman, which was founded on Long Island, in 1994. For many decades in the last century, Grumman manufactured and tested various aircraft, including fighter jets, at its Bethpage facility. It also built the lunar module which first brought man to the moon in 1969.