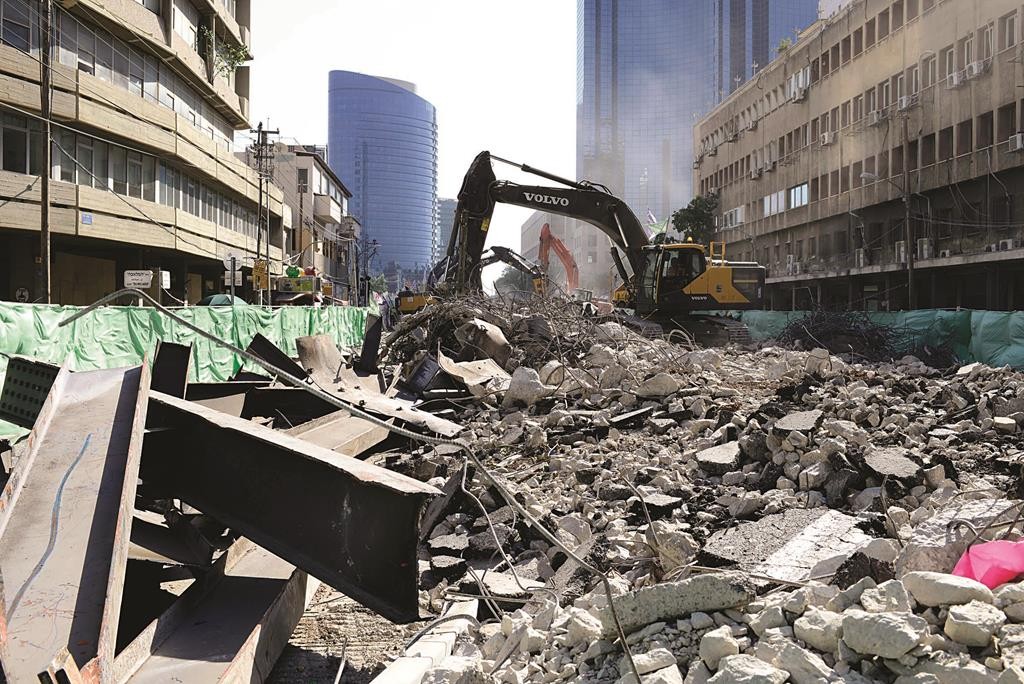 Tel Aviv Chief Rabbi Yisrael Lau raised his voice in protest over the decision to have cleanup crews working on Shabbos on the site where a bridge was demolished on Friday to clear the street for a station of the city’s new light rail.

The traffic disruption, noise and dust from the rail project are unavoidable, “But it cannot come at the cost of Shabbos,” he declared.

When Rabbi Lau heard beforehand that the cleanup could extend into Shabbos he contacted the observant owner of the company who had received the cleanup contract, to ask him to make sure there would be no chillul Shabbos.

Unfortunately, assurances he received from the owner and various public officials were not lived up to. A proposal to assign non-Jewish workers to the task once Shabbos entered, did not satisfy the halachah, either, the chief rabbi said.

“It’s heartbreaking. What’s important now is to look ahead to the coming six and a half years [of construction] and find ways to prevent this from happening again.”