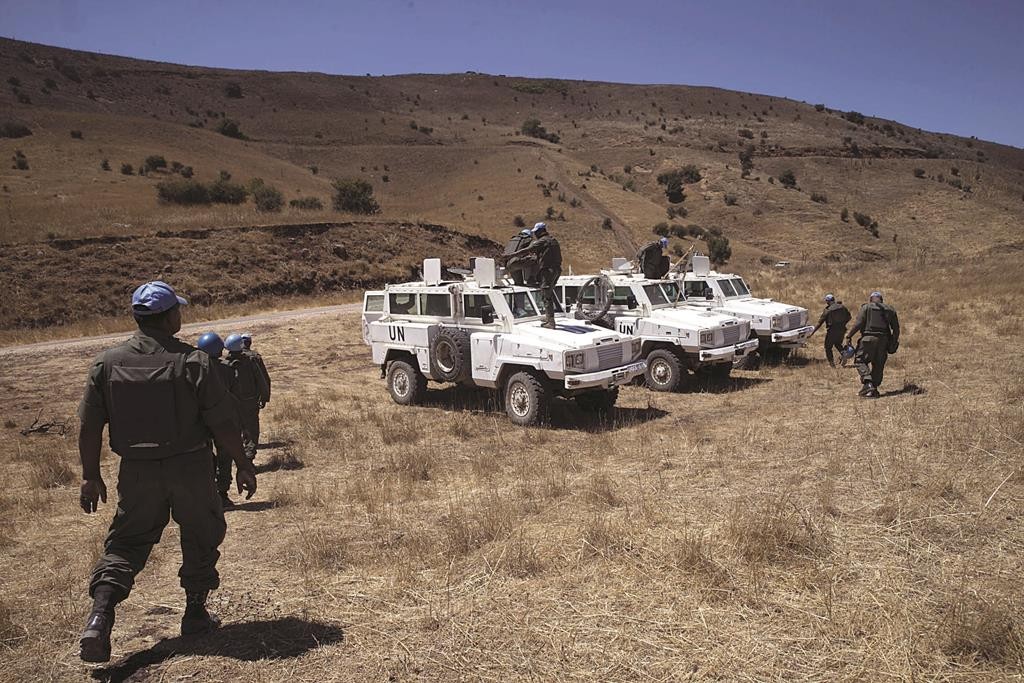 Israel said its forces killed at least five Palestinian terrorists in an air strike on the Syrian Golan Heights on Friday after cross-border rocket fire from there prompted the heaviest Israeli bombardment since Syria’s civil war began in 2011.

A Syrian army source said the 10.30 a.m. air strike hit a car in a village in the Syrian Golan, killing five civilians. State broadcasting quoted the source as saying it took place near Quneitra, close to the Israeli side of the Golan.

A Britain-based monitor, the Syrian Observatory for Human Rights, said it counted seven people killed in Israeli air strikes on Thursday and Friday, all of them Syrian soldiers or government-allied militiamen.

There were heavy overnight strikes by Israel against Syrian army posts in the border zone in retaliation for rockets launched from Syria by Islamic Jihad.

The rockets landed near an Israeli village, setting off fires but causing no casualties.

Islamic Jihad denied involvement in Thursday’s rocket salvo and said those killed in Friday’s air strike were not its own.

Israeli Prime Minister Binyamin Netanyahu said his country’s forces “struck the squad that carried out the firing and the Syrian forces that enabled it to (do so).”