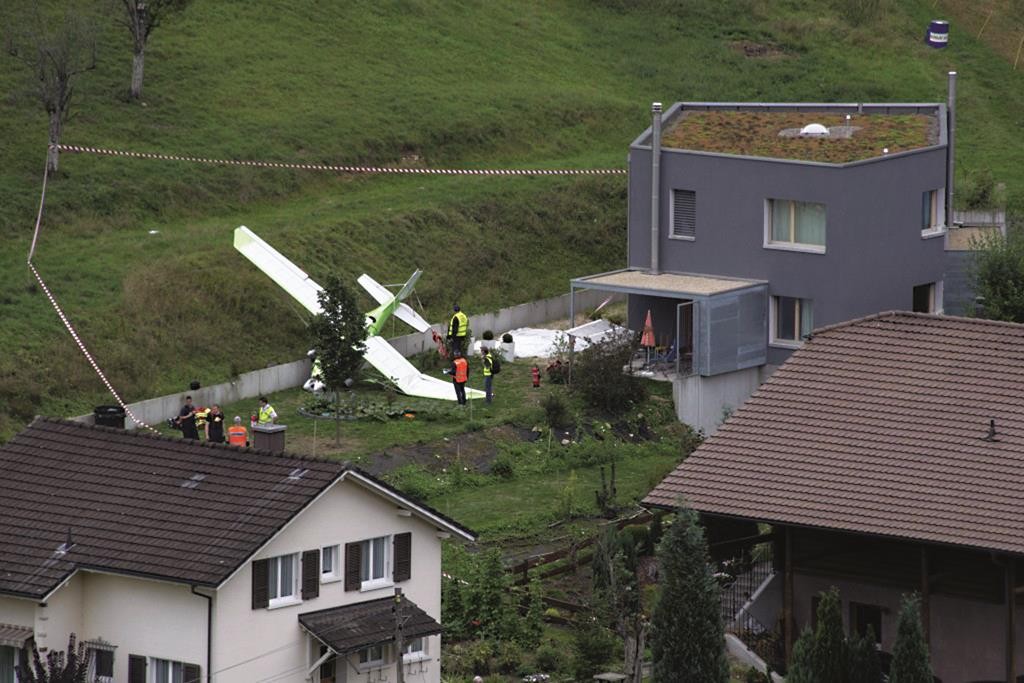 At least one person died when two small planes collided in the air and crashed at an airshow in northern Switzerland on Sunday, police said.

The two planes were part of a formation of three and they crashed just before 11:30 local time after they touched each other in the air, according to Meinrad Stoecklin, a spokesman for police in Basel-Landschaft.

The airshow in the village of Dittingen near Basel was temporarily interrupted as rescue teams raced to the scene of the crash, police said.  Swiss media reported that one pilot managed to escape by parachute.

The two planes were part of a formation of three planes, but the third plane of the formation was not involved in the crash and landed safely, they reported.

On Saturday, seven people died and more than a dozen were injured after a military jet participating in an airshow in the U.K. crashed into a busy road. The Hawker Hunter fighter jet, which was participating in the Shoreham Airshow near Brighton in southern England, hit several vehicles on a nearby road as it crashed. Witnesses told local media that the jet appeared to have crashed when it failed to pull out of a loop maneuver.