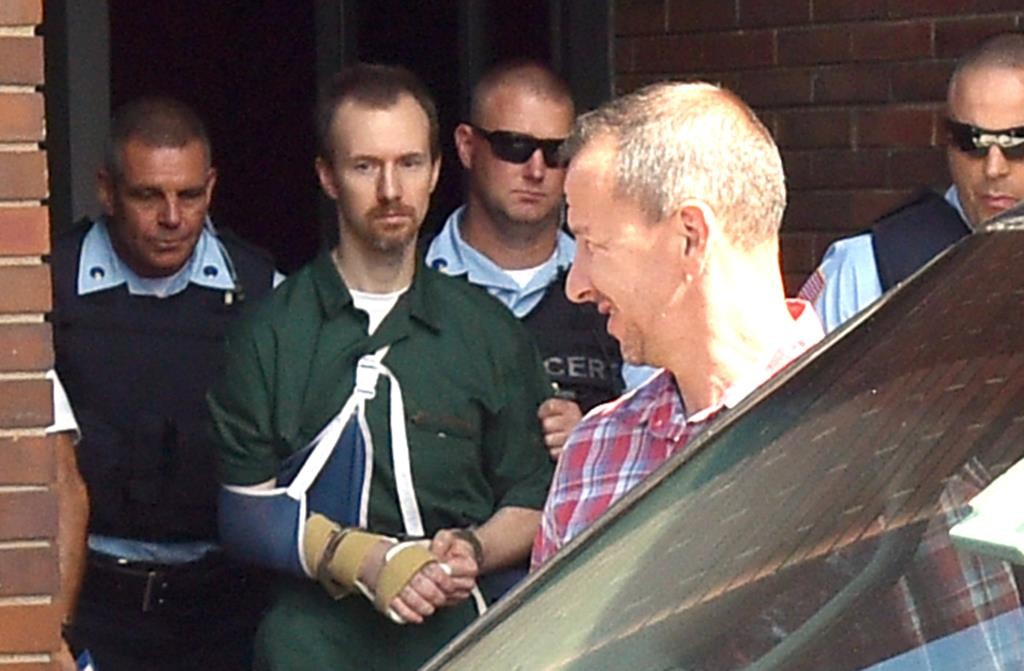 A convicted killer serving life behind bars when he staged an escape from a maximum-security prison was arraigned Thursday on new criminal charges in his first court appearance since his capture after more than three weeks on the run.

David Sweat, shackled and with his right arm in a sling, was brought to court in Plattsburgh from the special housing unit at Five Points Correctional Facility, where he’s been kept in a solitary cell for 23 hours a day. A judge entered not-guilty pleas for Sweat on two felony counts of first-degree escape and a felony count of promoting prison contraband for possessing hacksaw blades.

During the brief court appearance, Sweat gave one-word answers to the judge’s questions and said nothing as he was taken back out to a waiting corrections department van.

Sweat’s court-appointed attorney, Joe Mucia, said Sweat was calm and in a good mood. Each of the charges carries a sentence of up to seven years in prison, which probably means nothing to Sweat, 35, who is serving life without parole for the killing of a sheriff’s deputy.

When asked why Sweat is being charged even though he is already locked up for life, Clinton County District Andrew Wylie said, “He committed a crime in this county, and I’m prosecuting him for that crime. To the county it won’t be a great expense.”