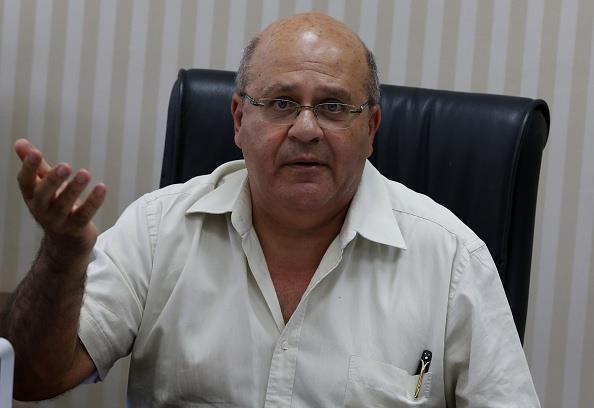 The IDF deployed Iron Dome batteries near Ashdod and Be’er Sheva on Thursday, a decision taken as a precautionary measure amid concern that if the Palestinian hunger striker dies, it could touch off rocket attacks in the south.

The medical condition of the Islamic Jihadist in Israeli custody, Mohammed Allaan, reportedly fluctuated since Wednesday night and had improved on Thursday; but the missile defense system remained in place in the south through the day.

Barzilai Hospital CEO and medical director Dr. Chezy Levy updated the media about his condition: “I’m much more optimistic today. His condition declined last night, but his situation improved today. This does not address the question of whether or not the [brain] damage is irreparable… He is showing great improvement. We have discontinued the anesthesia and the artificial respiration. He has begun to communicate, and from a medical standpoint, is on the road to recovery. Our recommendation is that he should slowly begin feeding with glucose.

Levy added, “We have discontinued Allaan’s artificial respiration and anesthesia. His relatives will be allowed to visit him in the morning, as with any patient. No pressure has been exerted on the hospital to act differently than it has. We are constantly consulting ethical authorities. We have been in center of a public storm, and we still are, but we are part of the health system, and must assume difficult tasks. It is clear to me that this is a political problem, but the politicians have exerted no pressure, and we have acted medically and professionally.”

Allaan, 30, a member of Islamic Jihad from the village of Einabus near Shechem, has been held in detention since November 2014, and has been on a hunger strike since June 15 to protest the detention without trial.

There was some uncertainty about whether the decision to call off the hunger strike after the Israeli High Court suspended his detention on Wednesday was in fact that of the prisoner.

Allan’s lawyer Jameel Khatib said, “The story is over, administrative detention is canceled, and therefore there is no strike.”

But a hospital spokeswoman cast doubt on that, insisting that Allan himself could not have made the decision, since he was not conscious or aware of his surroundings at the time.

Meanwhile, the court temporarily suspended the administrative detention and said he should be treated as any other hospital patient, including visits from family, pending further developments.

The outcome was a cause of chagrin to Public Security Minister Gilad Erdan (Likud), the sponsor of a recently-passed bill allowing the force-feeding of hunger strikers.

“The decision to release the terrorist Allan was first and foremost due to the stance of the Israel Medical Association, and their head Dr. Leonid Eidelman, who made the decision that they would not treat hunger strikers until they have lost consciousness and are in danger of suffering irreversible damage,” said Erdan.

Agriculture Minister Uri Ariel (Jewish Home) also expressed dismay at the situation in an interview on Army Radio on Thursday:

“My problem is not with the High Court of Justice,” the minister said. “It’s the fact that the representatives of the state don’t force-feed him and make sure that [Allan] stays alive.”

“They can’t find any doctor in the entire country willing to force-feed him,” Ariel said. “It boggles the mind. The situation that has been created is more than strange.”

Nonetheless, Ariel said that “the state of Israel resorts to the practice of administrative detentions too easily and too often. It should only be used in cases in which there is an imminent threat of an attack.”