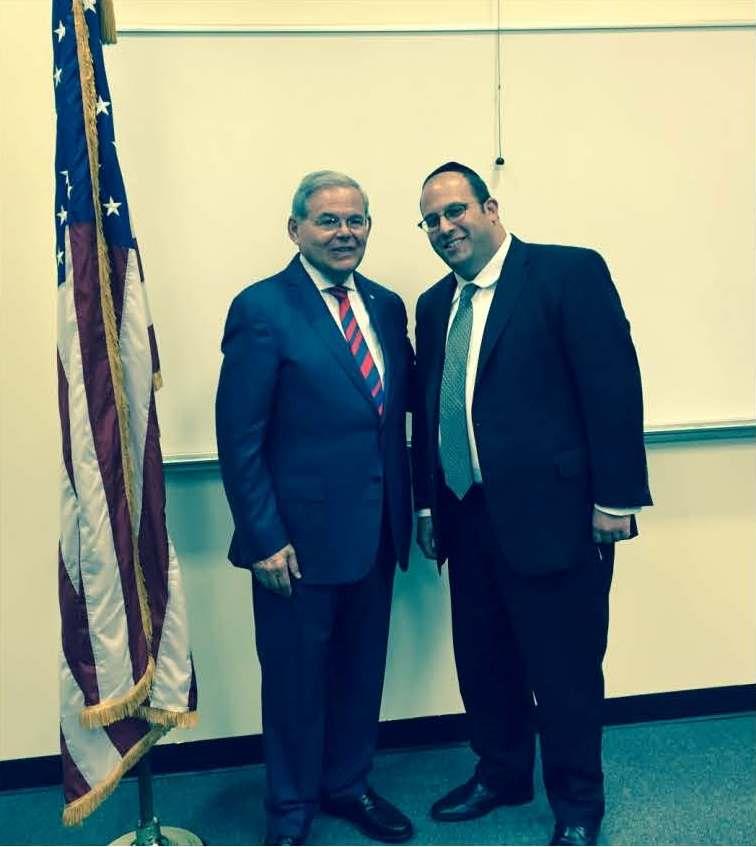 Rabbi Avi Schnall, the director of Agudath Israel of America’s New Jersey branch, noted that Menendez has for years spoken out about the threat a nuclear Iran would pose to America and its allies, especially Israel.

Menendez, a senior member of the Senate Foreign Affairs Committee who sponsored a bill to strengthen sanctions on the Islamic Republic, on Tuesday became the second Senate Democrat to say he will be voting against what is considered President Obama’s signature foreign policy achievement. This follows Sen. Charles Schumer’s notice two weeks ago that he will oppose the deal.

The other New York senator, Kirsten Gillibrand, has come out in favor. There is pressure on both her and New Jersey Sen. Cory Booker to follow the example of their states’ senior senator.

A conference call Agudah held with Booker on Thursday morning did not produce any indication of how he is leaning. According to one participant on the call, Booker said he has “serious concerns” with the deal and “there is no doubt it is a very flawed deal.”

Menendez has led the charge against the negotiations with Iran which led to the deal, so it was unsurprising that he would come out against it. But he surprised observers with his vehement denounciation of the deal.

“If Iran is to acquire a nuclear bomb,” Menendez said in a Seton Hall University address, “it will not have my name on it.”

“While Senator Menendez’s position is not surprising,” Rabbi Schnall said in a statement, “it is courageous.”