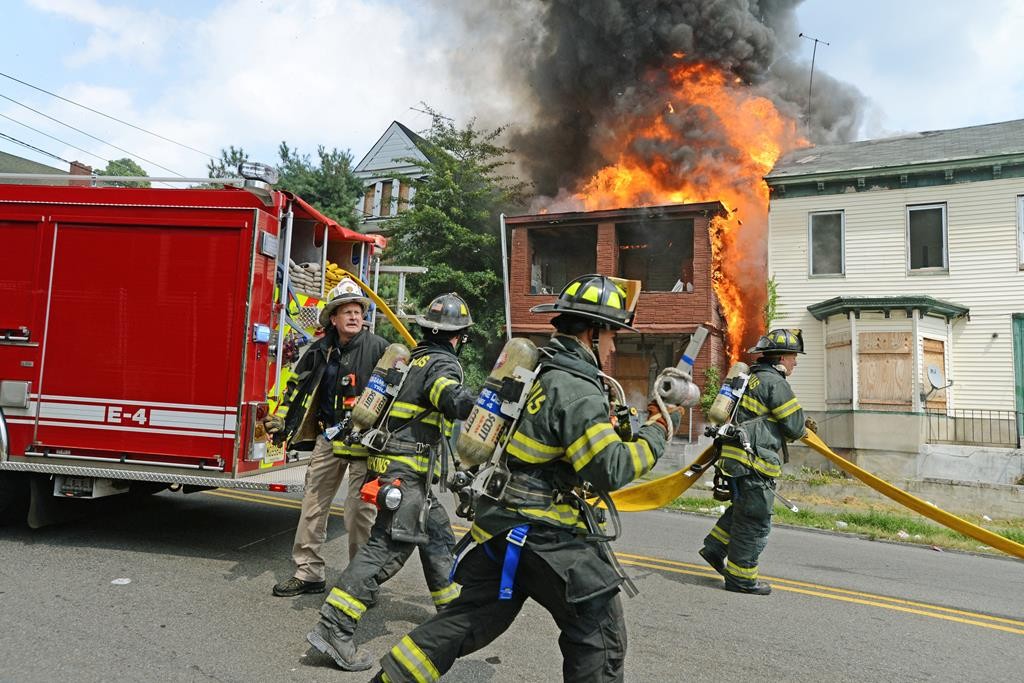 Six firefighters were injured and more than 30 residents were displaced when two house fires broke out in nearby areas of Paterson, N.J.

The first fire broke out in one house around 1 p.m. on Godwin Ave. and soon spread to four others. While crews were battling that fire, a blaze involving three abandoned homes was reported on Rosa Parks Avenue. The fires did not appear to be linked, but an investigation is ongoing.

Four firefighters were treated for minor smoke and heat-related injuries. Another suffered a minor knee injury, while the other was treated for a contusion.