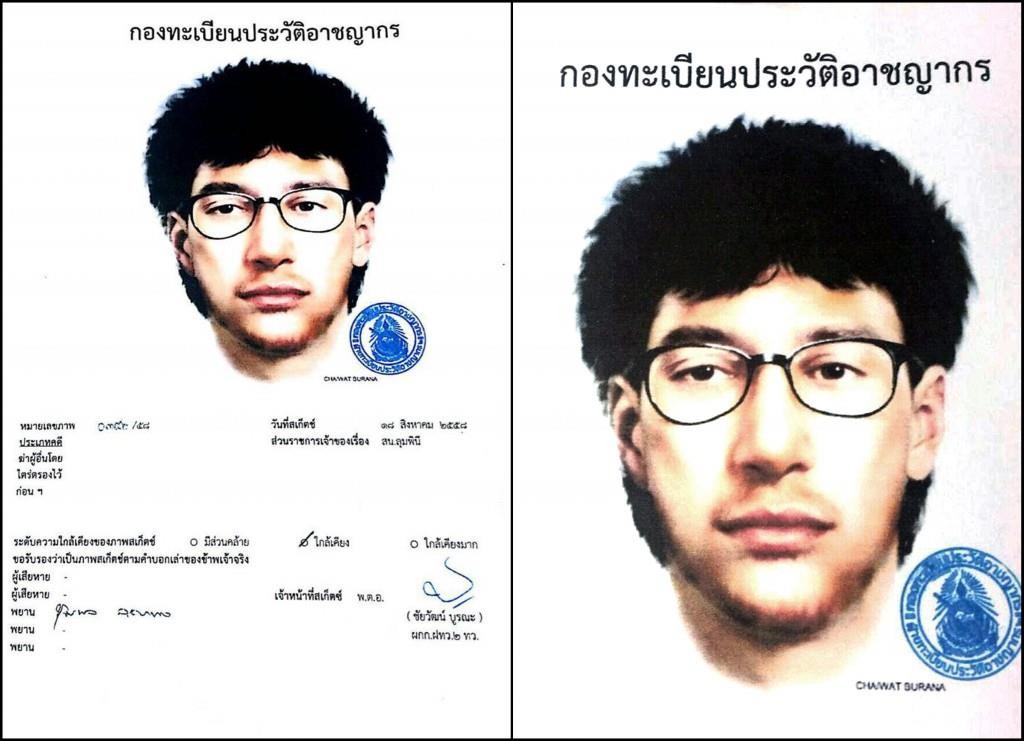 Police in Thailand issued an arrest warrant on Wednesday for an “unidentified foreign man” shown in a security video leaving behind a backpack just minutes before a deadly bombing at the open-air Erawan Shrine in Bangkok, but acknowledged that they’re not sure he’s from another country.

Police also released a sketch of the suspect and offered a reward of 1 million baht ($28,000) for help leading to the arrest of the man they believe carried out Monday’s bombing, which left 20 people dead and more than 120 injured. Authorities have called it the worst attack in Thai history.

But apart from the rough portrait that shows a young man with dark, bushy hair and eyeglasses, authorities have few solid leads.

National police spokesman Lt. Gen. Prawut Thavornsiri expressed uncertainty at a news conference about the man’s origin. He said the suspect “looks like a foreigner” but “might have been in a disguise and wearing a fake nose” to conceal his identity.

Prawut said the security video appears to show two possible accomplices standing in front of the man; they are also considered suspects.

“He didn’t do it alone, for sure. It’s a network,” national police chief Somyot Poompanmoung told the same news conference, adding, “I believe there are some Thais involved.”

No one has claimed responsibility for the blast at one of the capital’s busiest intersections during evening rush hour.

Police composed the sketch based on the video and a description provided by a motorcycle taxi driver believed to have given him a ride on Monday night.