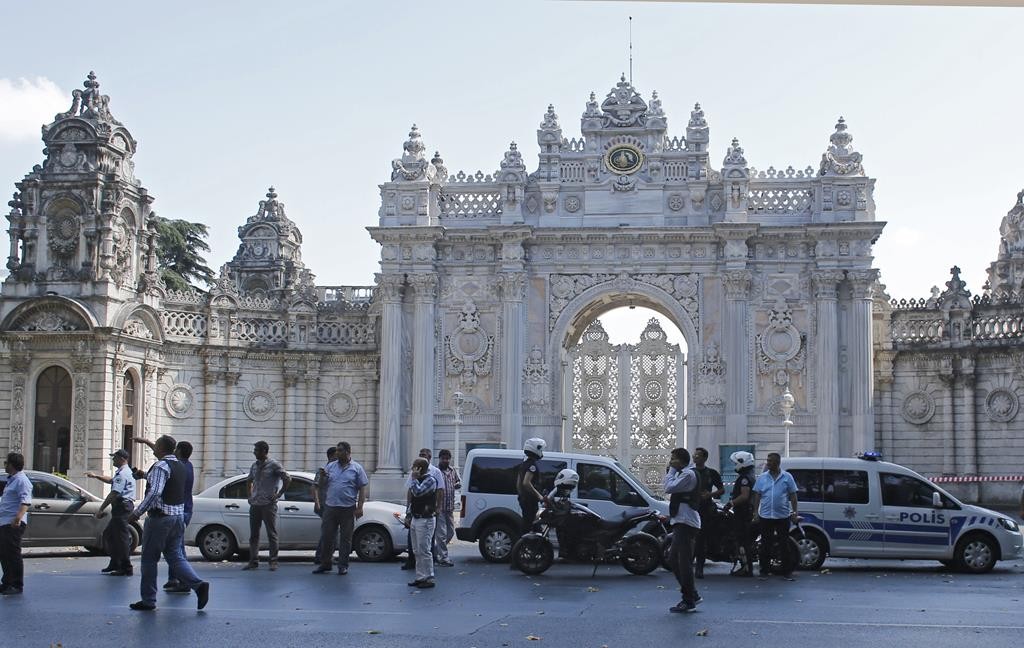 Gunmen fired on police outside an Istanbul palace and a bomb killed eight soldiers in the southeast on Wednesday, heightening a sense of crisis as Turkey’s leaders struggled to form a new government.

The Istanbul governor’s office said two members of a “terrorist group” armed with hand grenades and an automatic rifle were caught after attacking the Dolmabahce palace, popular with tourists and home to the prime minister’s Istanbul offices.

Meanwhile, fighters from the Kurdistan Workers Party (PKK) killed eight soldiers with a roadside bomb in the southeastern province of Siirt, the military said, intensifying a conflict there after the breakdown of a two-year ceasefire last month.

Shortly before the bomb attack, Turkish F-16 warplanes hit and destroyed PKK shelters along Turkey’s border with Iraq, the Hurriyet newspaper said on its website. The report could not immediately be confirmed.

The unrest in the NATO member state comes weeks after it declared a “war on terror,” opening up its air bases to the U.S.-led coalition against Islamic State, launching air strikes on Kurdish militants, and detaining more than 2,500 suspected members of radical Kurdish, far-leftist and Islamist groups.

The latest attacks come a day after Prime Minister Ahmet Davutoglu gave up on efforts to form a new government after weeks of coalition talks with the opposition failed, possibly paving the way for another election within months.