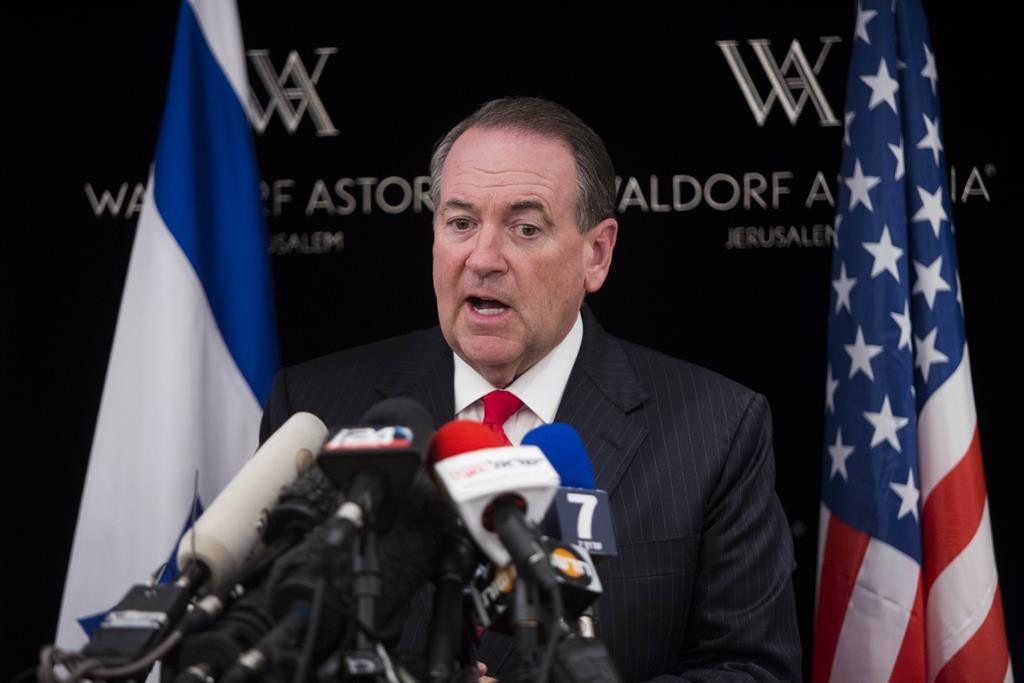 “Jews have a stronger connection to Shiloh than Americans do to Manhattan,” declared Republican presidential candidate Mike Huckabee during his visit to Israel on Wednesday.

Huckabee rebuffed criticism of his fundraising event in Shiloh in the Shomron the day before, saying that “I would happily go to Shiloh anytime.”

Huckabee said that he does not accept the international community’s labeling of Yehudah and Shomron as “occupied land.”

“Shiloh was the capitol of Israel 3,500 years ago. To say Jews have no connection to Shiloh is bizarre. If you’re going to visit Israel, you should visit all of Israel and that would include Yehudah and Shomron.”

Huckabee said that he has been coming to Israel for 41 years and views relations between the U.S. and Israel as organic and not political, promising that as president he would “always make sure the U.S. stood by its ally Israel.”

When asked by reporters about the moribund peace process, Huckabee answered that  real peace was not possible as long as “one of the sides [refused] acknowledging Israel’s right to exist.”

A major obstacle to achieving peace was in the ongoing incitement within the Palestinian school system, he said. “You can’t have Palestinian kids learning to hate Jews in school.”

On the issue of Iran, Huckabee, like the other Republican candidates, was caustically critical of White House policy. “It is interesting to me that our government has put more pressure on the Israeli government to stop building bedrooms in their own neighborhoods than on Iran to stop building bombs.”

Huckabee said he would “most certainly undo” the Iranian nuclear deal if elected president.