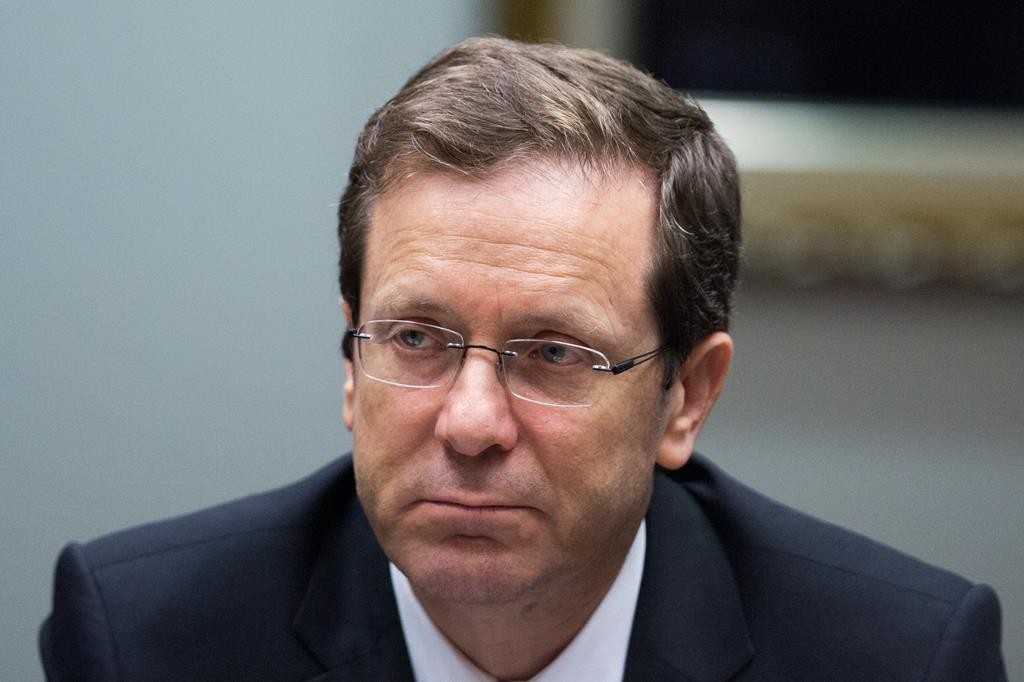 Israel’s opposition leader Isaac Herzog met with Palestinian Authority President Mahmoud Abbas in Ramallah and declared that he believed a peace deal could be reached within two years if there was sufficient political will.

Herzog warned in a rare face-to-face encounter that if progress is not made, another Palestinian uprising could result.

Officials on both sides said that Abbas initiated the meeting with Herzog, leader of the Zionist Camp, in response to the violence of recent weeks.

He said they agreed “first and foremost” that a new “intifada,” or uprising, must be prevented.

“We have agreed that in order to prevent a third intifada we must combat terror on the one hand aggressively, and on the other hand move toward a diplomatic process,” said Herzog. “We must ignite the process yet again and give it another effort.”

Abbas did not join Herzog during his address to reporters. But in a statement, the Palestinian leader affirmed his commitment to reaching a peace deal with Israel.

Herzog is the official leader of Israel’s parliamentary opposition and has no authority to speak for the Israeli government to the Palestinians.

For now, the odds of bringing Abbas and Israeli Prime Minister Binyamin Netanyahu together for a meeting — much less restarting peace talks — appear virtually nonexistent.

It was Abbas’s first meeting with Herzog since the Israeli elections last March. Tuesday’s meeting appeared to be an effort by Abbas to reassure the Israeli public that he is trying to preserve calm.

Abbas’s forces have arrested or questioned dozens of members of the rival Hamas group in recent weeks, according to Hamas.

By meeting the Israeli opposition leader Tuesday, Abbas appeared to be trying to send a message that Netanyahu — not the Palestinians — is preventing peace efforts from resuming.