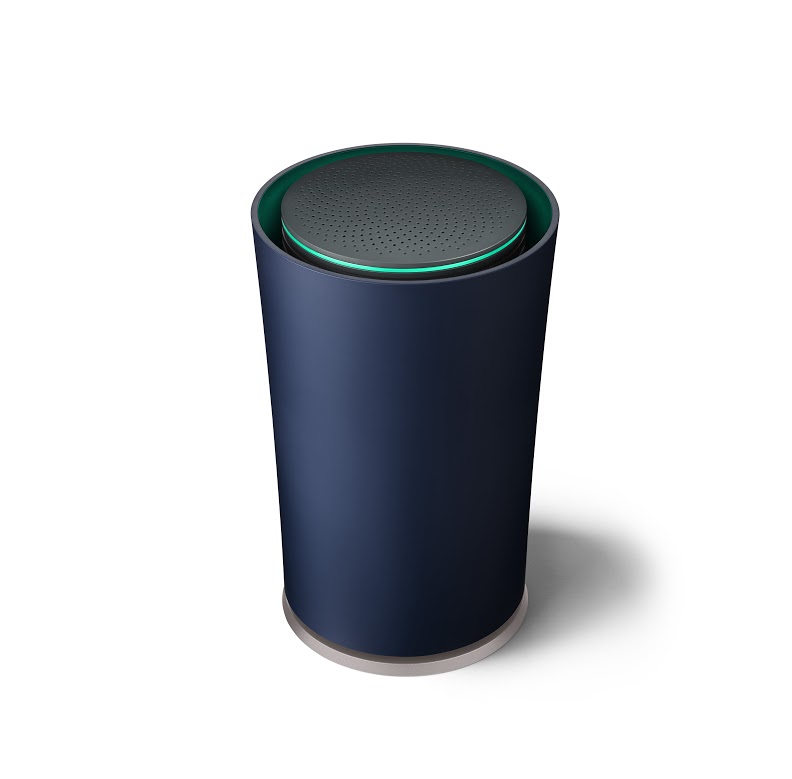 Google is making a wi-fi router as part of its ambition to provide better internet connections that make it easier for people to access its digital services and see more of its online advertising.

Pre-orders for the $199 wireless router, called OnHub, can be made at Google’s online store, Amazon.com and Walmart.com. The device will go on sale in stores in the U.S. and Canada in late August or early September.

Google is touting the cylinder-shaped OnHub as a leap ahead in a neglected part of technology.

The Mountain View, California, company is promising its wireless router will be sleeker, more reliable, more secure and easier to use than other long-established alternatives made by the Arris Group, Netgear, Apple and other hardware specialists. Google teamed up with networking device maker TP-Link to build OnHub.

OnHub also will adapt to the evolving needs of its owners because its software will be regularly updated to unlock new features, according to Trond Wuellner, a Google Inc. product manager. The concept is similar to the automatic software upgrades the company makes to its Chrome browser and personal computers running on its Chrome operating system.

Wuellner expects most people will be able to set up OnHub in three minutes or less. The router is designed to be managed with a mobile app called Google On that will work on Apple’s iPhone, as well as devices running on Google’s Android software.

Google’s expansion into wireless routers may conjure up memories of how the company trespassed on the wi-fi networks in homes and businesses around the world for more than two years beginning in 2008.

In 2010, Google acknowledged that company cars taking photos for its digital maps also had been intercepting emails, passwords and other sensitive information sent over unprotected wi-fi networks. The intrusion became derisively known as “wi-spy” among Google’s critics.

Although Google insisted it hadn’t broken any laws, it paid $7 million in 2013 to settle allegations of illegal eavesdropping in the U.S. made by 38 states and the District of Columbia.

Google is pledging not to use OnHub to monitor a user’s internet activity. The company will still store personal information sent through an internet connection tied to OnHub when a user visits Google’s search engine or other services, with the privacy controls set to permit the data collection. This is the same data collection Google does when users of its services visit through any router.

The new router represents the latest phase in Google’s mission to make it easier for people to be online.

Besides dispatching internet-beaming balloons and drones to parts of the world without much online access, Google also has been trying to lower the cost and accelerate the speeds of the connections in more advanced countries such as the U.S. The goal has already hatched Google Fiber, an ultra-fast internet service that is already available in a few U.S. cities and is coming to more than 20 others. Google is also preparing to offer a wireless subscription plan for smartphones running on the company’s Android software.

Google has a financial incentive to make the internet more accessible and less frustrating to use because it runs the world’s dominant search engine, as well as YouTube and Gmail. The company believes people who spend more time online are more likely to interact with a Google service and click on one of the ads that generate most of Google’s profits.

Ensuring the reliability of wi-fi systems is becoming more important to Google for another reason. Like other tech companies, Google is hoping to sell more home appliances and other equipment that require wireless connections to the internet. Google’s Nest division already sells thermostats, smoke detectors and video cameras that depend on wi-fi to work properly.

Google’s push into internet access and other far-flung fields ranging from driverless cars to health care has frustrated investors who believe the company is spending too much on its technological mishmash. To address those concerns, Google later this year is creating a holding company called Alphabet that will break things up into the main search advertising business and various side projects.

It hasn’t been decided yet whether OnHub will remain in Google or be spun into another part of Alphabet.