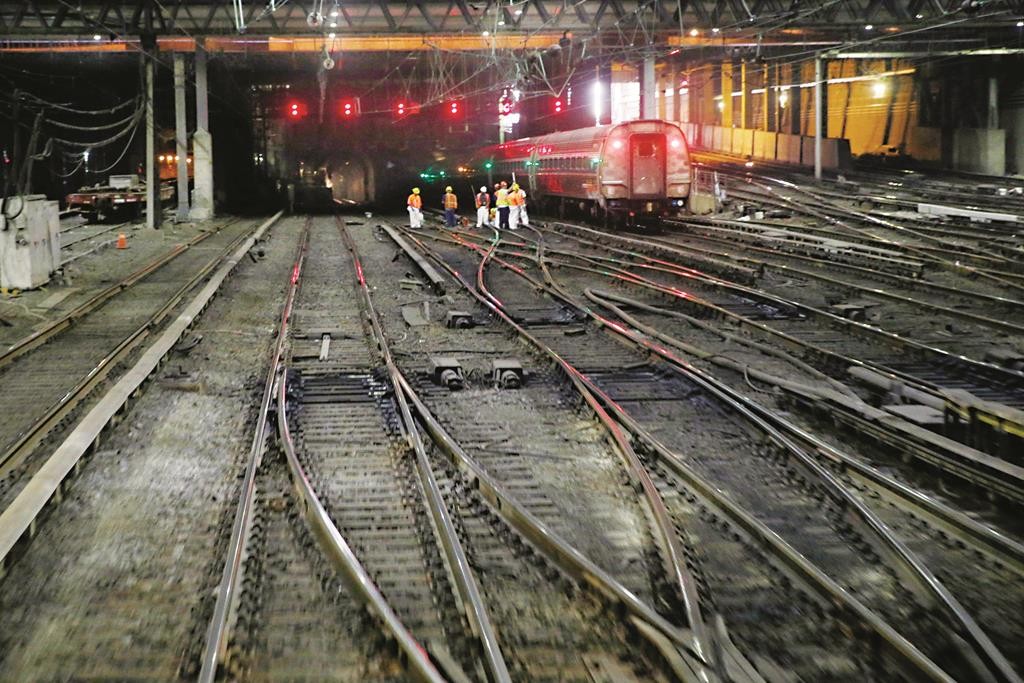 Christie, Sens. Cory Booker, Bob Menendez, and Foxx said in a joint statement that they had a “substantive and productive meeting” and “all of us are committed to working together on a path forward on this critical project.”

The meeting was notable for the absence of Cuomo, a major stakeholder in the proposed project to build a second tunnel, add track capacity and expand New York’s Penn Station. The project is vital to New York City’s transportation system and Amtrak’s Northeast Corridor.

“The state of New Jersey supports the Gateway project and is committed to developing a framework with the federal government to begin it,” the officials said in the statement. “We all recognize that the only way forward is equitable distribution of funding responsibility and the active participation of all parties. As commuters can attest, we cannot afford further delay.”

The statement said that Christie, Booker, Menendez, and Foxx would work to “obtain a substantial federal grant” for the project along with “other funding and financing options.”

Cuomo said last week that he would not attend the meeting, saying it was premature until Washington committed to a sizeable investment in the project. “There’s no reason to meet now,” he said. “They need to put their money where their mouth is.”

On Tuesday, Cuomo’s office backtracked, saying they were never invited to Tuesday’s meeting, which Cuomo spokeswoman Dani Lever said was understood to be focused on “New Jersey transportation infrastructure” and not the tunnel specifically.

“It was our administration’s understanding that this was a separate meeting” Lever said.

Cuomo said in a statement that he was encouraged by what came out of the meeting.

“I strongly support the construction of the new Hudson River tunnel — and a federal grant package that makes the project viable is an essential first step,” he said.

Mayor Bill de Blasio said the new tunnel “is absolutely necessary for our future,” but did not directly respond when asked by a reporter if Cuomo was right to skip the meeting.

“The federal government needs to bring more to bear here,” he said. “Obviously, we’re going to need both governors to be a part of the solution.”

Last month’s electrical failures, centered on 80-year-old cables likely damaged by Superstorm Sandy in 2012, reignited debate over how to pay for a second tunnel and other improvements.

Meanwhile, rail experts and Amtrak officials say that while a new tunnel will improve reliability, it won’t suddenly double the number of trains between New Jersey and New York; the existing tunnel will be closed for repairs for a minimum of two years once a new one is built.

In addition, two new tracks will need to be added between New Jersey stations Newark and Secaucus, where two currently exist. And Penn Station needs to be expanded to accommodate increased traffic.