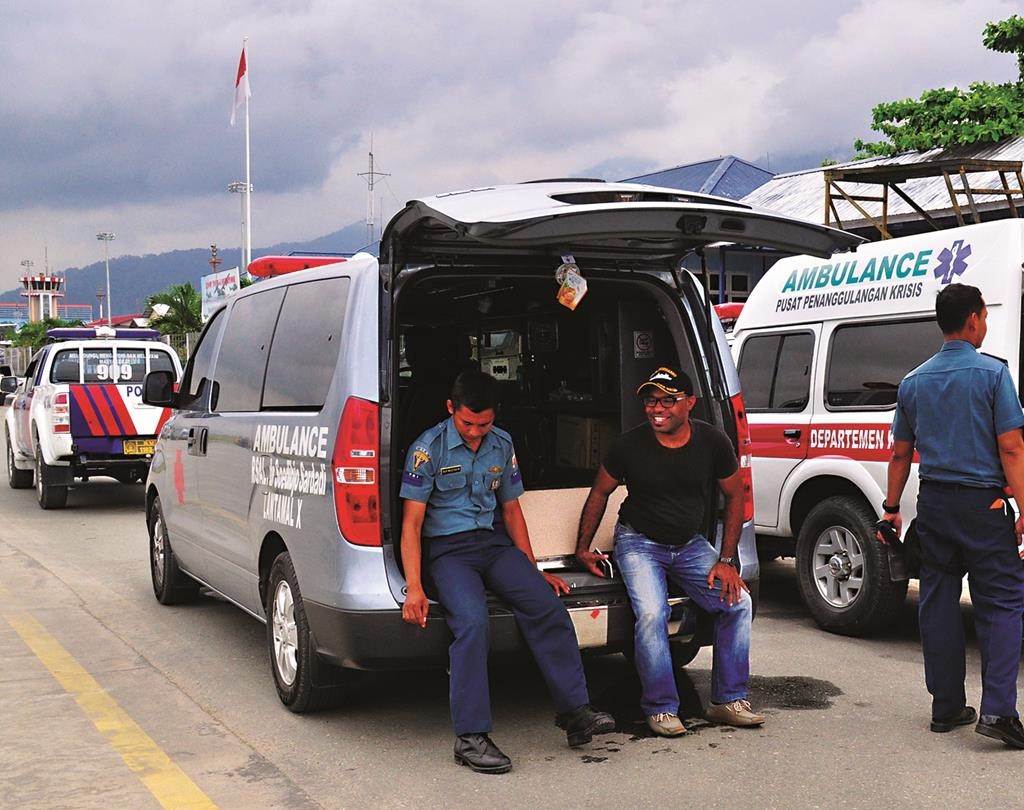 Rescuers on Tuesday reached the site in eastern Indonesia where a passenger plane slammed into a mountain over the weekend, killing all 54 people on board, and found aircraft destroyed, officials said.

The flight data recorder and the cockpit voice recorder — the plane’s “black boxes” — were found in good condition, Soelistyo said. The data they contain could help explain what caused the Trigana Air Service plane to crash Sunday.

“The plane was totally destroyed and all the bodies were burned and difficult to identify,” Soelistyo told The Associated Press.

He said all 54 bodies had been recovered and would be taken to Jayapura, the capital of Papua province, so they can be identified. The ATR42-300 twin turboprop plane was flying from Jayapura to the city of Oksibil with 49 passengers and five crew members on a scheduled 42-minute flight when it lost contact with air traffic control.

Soelistyo said the wreckage was at an altitude of 8,500 feet. Much of Papua is covered with impenetrable jungle and mountains. Some planes that have crashed there in the past have never been found.

The victims’ relatives, who had been waiting at the airport, broke down in tears when they heard the news. Many of them accused the airline of taking too long to give them information.

“They are unprofessional … they play with our feelings of grieving,” said Cory Gasper, whose brother Jhon Gasper was on the plane.

The airline released a public apology just after a search plane spotted the smoldering wreckage of the aircraft on Monday.

It’s unclear what caused the crash, and Indonesia’s transportation safety commission has opened an investigation.

The passengers included four postal workers escorting four bags of cash totaling $468,750 in government aid for poor families to help offset a spike in fuel prices, said Franciscus Haryono, the head of the post office in Jayapura, the provincial capital.

Rescuers have found the money, which was partly scorched, and will hand it over to the authorities, Soelistyo said.

Indonesia has had a string of airline tragedies in recent years. In December, all 162 people aboard an AirAsia jet were killed when the plane plummeted into the Java Sea as it flew through stormy weather on its way from Surabaya, Indonesia’s second-largest city, to Singapore.