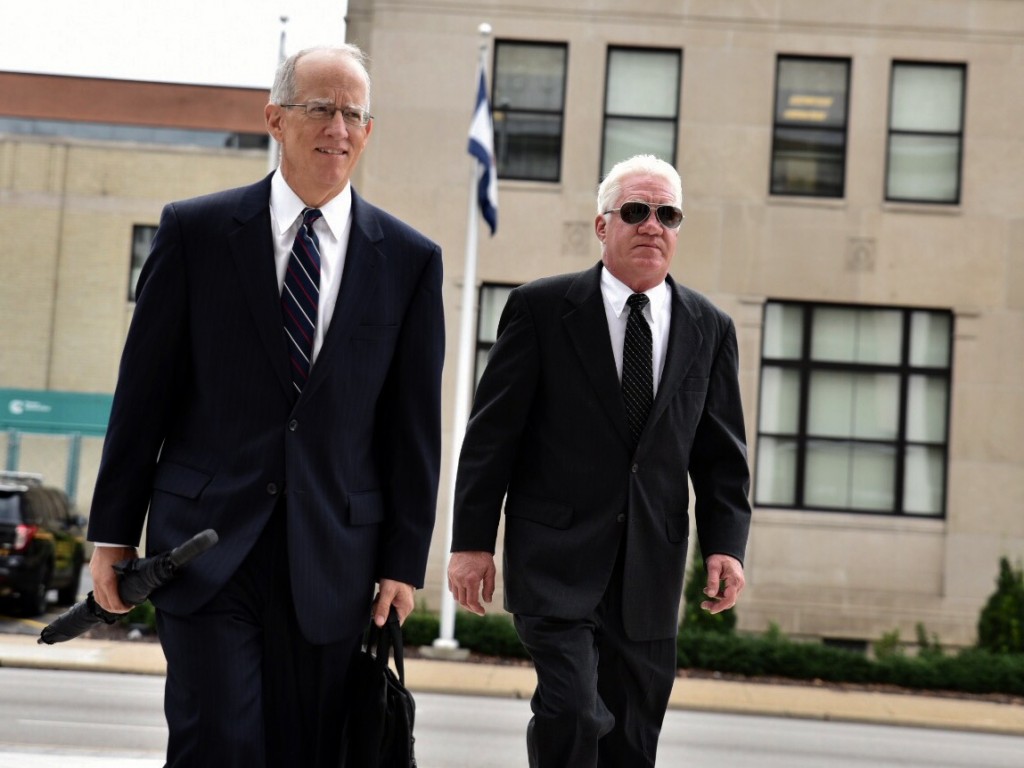 One of the last executives charged in a chemical spill that left 300,000 West Virginians without clean tap water for days pleaded guilty to federal pollution violations Tuesday.

Former company President Gary Southern, the final and highest-profile executive targeted for the spill, is expected to follow with a guilty plea Wednesday.

In January 2014, a run-down Freedom tank in Charleston leaked coal-cleaning chemicals into the water supply for nine counties. The spill spurred a ban on using tap water across those counties for four to ten days.

Farrell and Southern were the only two charged to plead not guilty initially.

U.S. Attorney Booth Goodwin’s office sought guilty pleas after Judge Thomas Johnston refused to take Goodwin’s office off the case. Southern and Farrell had said some prosecutors had been affected by the spill and should have been removed.

Southern could be dealt the harshest sentence. He faces federal pollution and bankruptcy charges, which say he lied to protect his worth from legal action after the spill. He faces up to 93 years in prison.

Businesses and residents who struggled without clean water last year are closely watching several ongoing court cases that will dictate if they are paid back for their hardships.

A class-action lawsuit is ongoing against the chemical’s producer, Eastman Chemical, and West Virginia American Water, the utility whose water supply became laced with chemicals.

A final bankruptcy deal still hasn’t been struck, as businesses and residents compete with other creditors for the little cash remaining in defunct Freedom Industries. The company had proposed paying out $2.7 million to spill victims in a larger bankruptcy plan, but a federal bankruptcy judge rejected the proposal over concerns about paying to clean up Freedom’s contaminated headquarters.

And in the criminal case, a community group is pushing for restitution for victims.

In a letter to the judge, Maya Naye, executive director of People Concerned About Chemical Safety, suggested an award of at least $45.6 million – $1 per person affected over the five months that the main spilled chemical was traceable, albeit at very low levels, in the water company’s filters. The letter says $109.5 million would be the appropriate amount.

Naye said any award should fund programs related to chemical disaster prevention, water quality and infrastructure improvement, and development of long-term health data and prevention strategies related to the spill.