Regional Trump Out of Jury Duty, Back on Campaign Trail
Regional 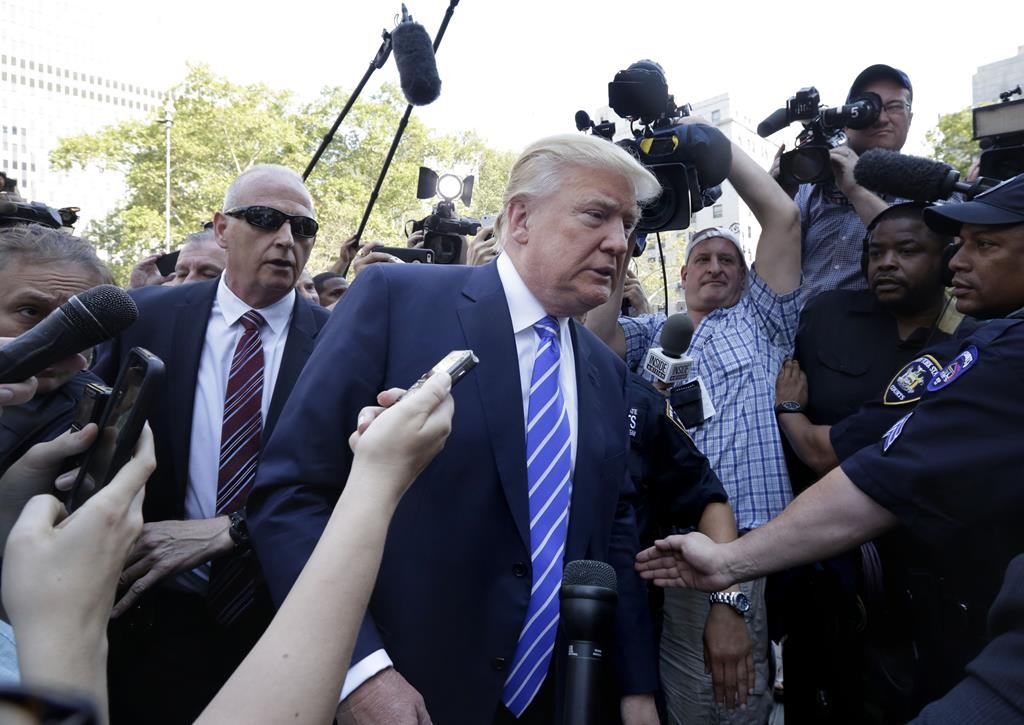 Donald Trump pulled up in a long black limousine and gave a very presidential wave as he made his way into the building. Then the billionaire promptly found himself seated next to ordinary, wage-earning, subway-riding New Yorkers, forced to wait — and wait some more — for the wheels of justice to turn.

The Republican candidate reported for jury duty in Manhattan on Monday and spent much of the day like everyone else, filling out forms and wondering whether he would get picked. By late afternoon, he was released without getting selected.

Flanked by a crush of cameras and reporters as he walked up the courthouse steps, Trump shook hands and fist-bumped bystanders. He waited in a security line before going to the jury room, where he was greeted with murmurs from the jury pool.

Trump was escorted to a front-row seat to fill out a questionnaire. He said he listed real estate as his occupation, “because I refuse to say ‘politician.’”

Four court officers guarded the entranceway as Trump used a 20-minute midmorning break to talk on his phone in the hall. He took a selfie with an attorney and signed a sketch artist’s drawing as he headed back into the assembly room, with a bystander exhorting him to “save this country!”

Trump sat silently as the morning stretched on. When the prospective jurors were dismissed for a lunch break, he left in his limo, giving a thumbs up to a bystander who confronted him about immigration.

Asked whether he’d been bored after sitting quietly for almost three hours, he told reporters: “It’s a system, and we go through it. And it’s a great system, it’s a system that works. And they do a fantastic job, and I met some wonderful people. I’m coming back.”

The GOP front-runner has been called previously for jury duty but didn’t appear; a spokesman says he never got the summonses because they had been sent to the wrong address.

While it was once de rigeur for professionals and elected officials to get out of jury duty, the state eliminated their exemptions in 1996.