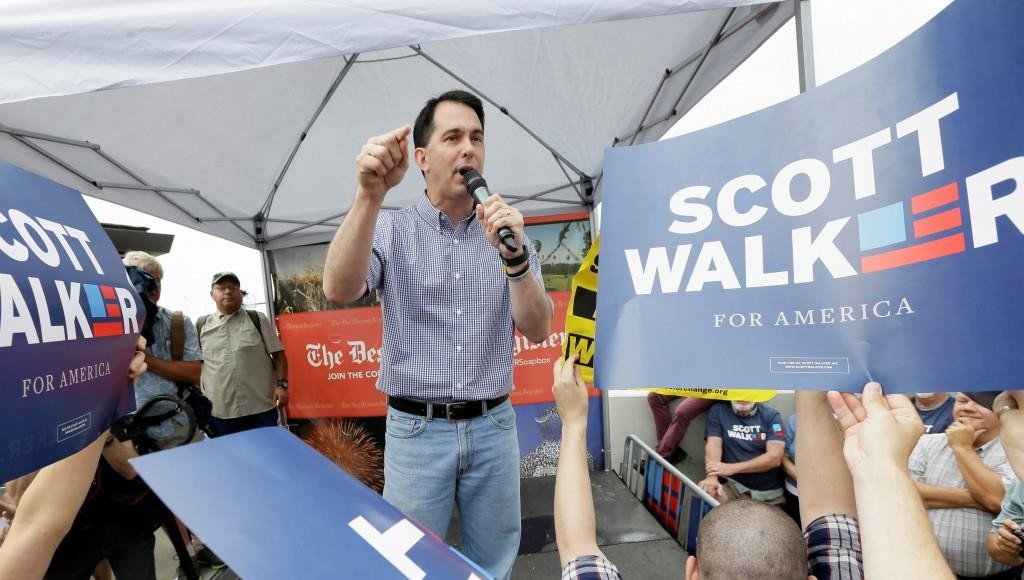 Donald Trump is dividing his Republican presidential rivals anew with his call to rewrite the Constitution to crack down on millions of immigrants living in the U.S. illegally, and to force Mexico to pay for a better border fence. Scott Walker embraced some of the plan Monday, but other contenders, such as Chris Christie and Carly Fiorina, dismissed elements as unworkable.

Trump’s immigration proposal, his first formal policy plan since announcing his candidacy in June, won praise Monday from the GOP’s conservative tea partyers, some of whom favor changing the Constitution to reverse the “birthright citizenship” guaranteed to anyone born in the United States, no matter the status of their parents. At the same time, surveys show a majority of Americans, including Republicans, support allowing many immigrants in the U.S. illegally to stay.

Trump leads his Republican rivals in national polls, and his proposal quickly reverberated within the party, which has struggled with the issue of immigration.

Asked at the Iowa State Fair on Monday if he supports building a wall along the U.S.-Mexican border, as Trump proposed, Wisconsin Gov. Walker gave a quick “yes,” but he declined to address whether he supports deporting children of parents in the country illegally. “Going forward, the best thing we can do is enforce the law,” he said.

Walker, who reversed his position in April on allowing a chance for legal status for those in the country illegally, also gave mixed answers on ending birthright citizenship.

Christie said during a CNN interview that a wall or fence along parts of the border, especially in more urban and difficult-to-control areas, was conceivable, but “not the entire border. Doesn’t make any sense.” Likewise, the New Jersey governor is opposed to requiring Mexico to pay for the construction, saying Trump’s suggestion “makes no sense.”

“The wall will work,” he said when he arrived for jury duty in New York and a passer-by at the courthouse asked about the idea.