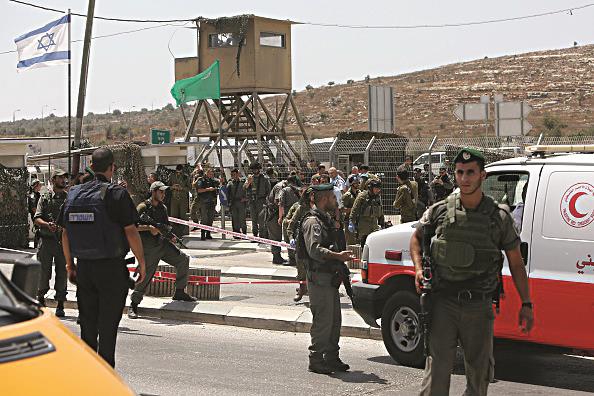 In the second such incident in less than 24 hours at the Tapuach Junction security checkpoint, a Palestinian terrorist was shot and killed after attempting to kill a Border Police officer on Monday.

The officer was lightly wounded by the knife-wielding assailant after approaching the officers at the checkpoint and telling them he was not feeling well. The officers then told the man to halt, but he ignored the order, pulling out a knife and stabbing one of the officers. The Border Police said the officer managed to push away the attacker and a fellow officer opened fire.

The attacker was treated at the scene by IDF medics, but died of his wounds, the army stated.

The PA said it did not believe the Israeli account of the events.

“Israel is executing our people in cold blood and the international community should stop it before the situation explodes,” the Authority said in a statement.

Monday’s attack follows a stabbing near Tapuah Junction on Motzoei Shabbos at a checkpoint on the highway leading to the Palestinian village of Huwara. The attacker was shot and killed by other Border Patrol officers at the scene.