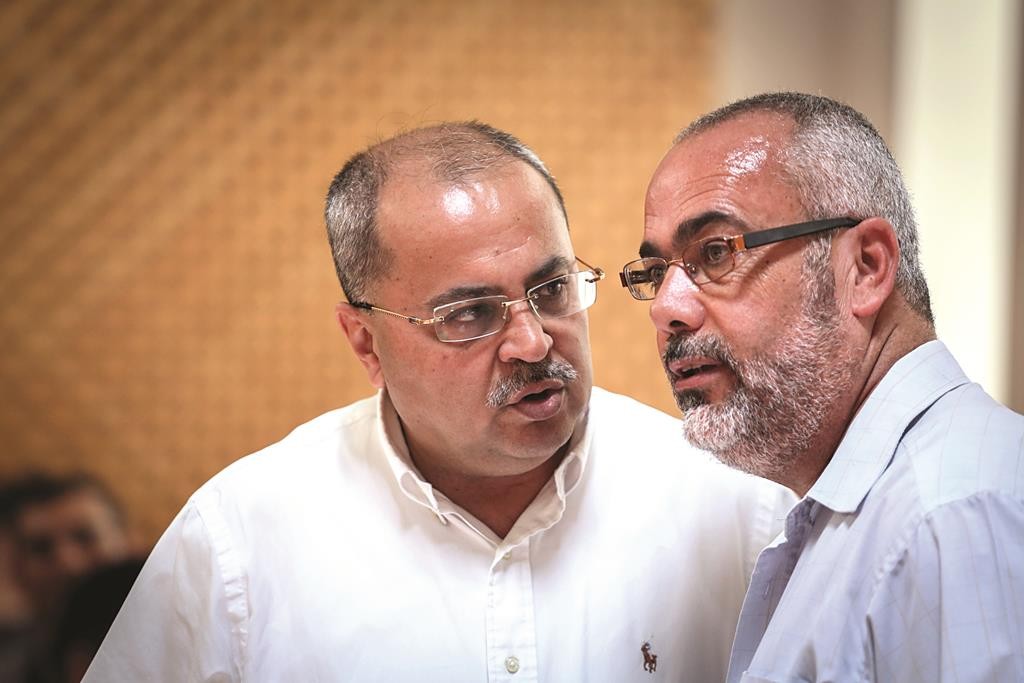 Lawyers for the hunger-striking Islamic Jihad member Mohammed Allaan turned down on Monday a state proposal to release him on the condition that he leaves the country for four years.

Israel’s High Court delayed a decision on whether to free the Palestinian prisoner, who has gone 63 days without food, on humanitarian grounds.

While the judges said they would ponder until Wednesday whether to release him or not, Allaan remained in critical condition at Barzilai Hospital in Ashkelon. The Barzilai Medical Center on Monday said it was working to bring Allaan out of a medically induced coma.

Adalah, the rights group who submitted the petition for Allaan’s release, rejected the state’s tentative offer of release if he will stay out of the country.

MK Ahmed Tibi of the Arab Joint List backed the refusal of the state’s offer.

“This is an offensive offer,” said Tibi. “Hunger striking is a legitimate act, especially for those held in administrative detention.”

Public Security Minister Gilad Erdan said Sunday that he opposes release of Allaan because of his deteriorating medical condition because “of course this would lead to a mass hunger strike among security prisoners and a new weapon for terrorists.”

Erdan termed it “a strange petition that seeks to free him because of his medical condition when he himself caused that medical condition.” Earlier, he characterized the appeal for “the release of an Islamic Jihad terrorist” on humanitarian grounds as “ludicrous.”

In addition, state lawyers argued that Allaan’s petition should be rejected, citing a previous petition two weeks ago on the same grounds that was rejected by the court.

The Islamic Jihad, of whom Allaan is a member, has threatened to break the cease-fire with Israel on the Gaza front if Allaan dies.