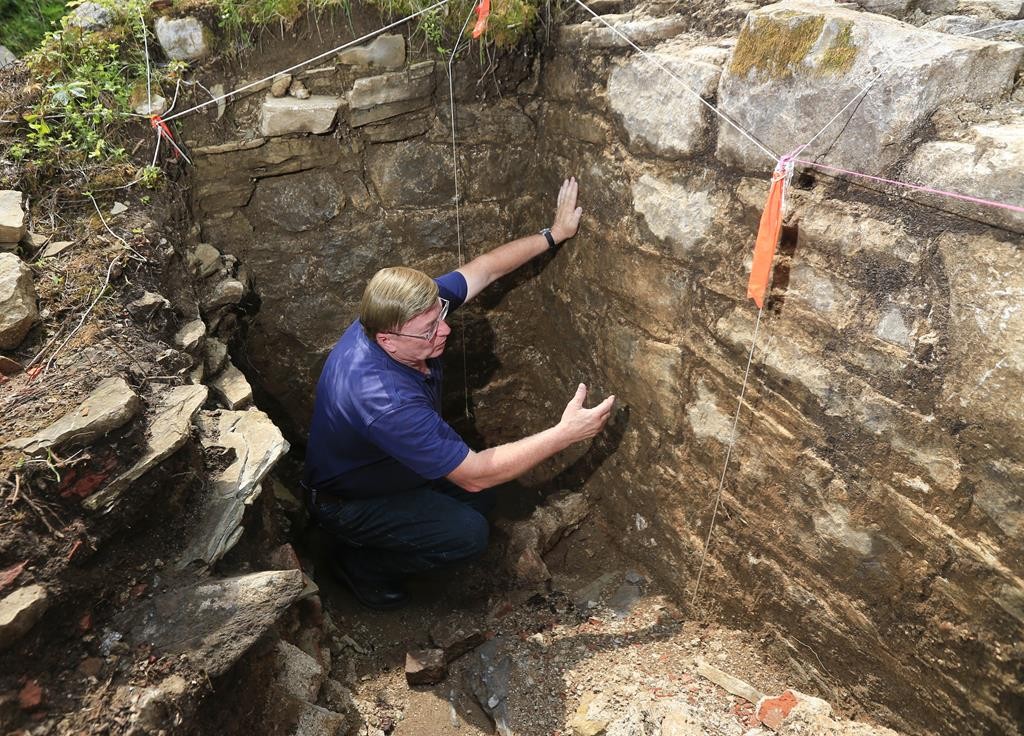 An archaeological dig at an 18th-century military site in the southern Adirondacks has uncovered large sections of stone walls that are believed to have been constructed within a larger British fortification that was never completed more than 250 years ago.

The excavations at the state-owned Lake George Battlefield Park wrapped up on Friday. During the six-week summer field school, about four dozen volunteers dug numerous pits in an area that was occupied by thousands of British and Colonial soldiers during the French and Indian War.

Musket balls, gun flints and pottery pieces were among the artifacts found amid a 35-acre park that gets few visitors despite being located in the middle of a busy tourist town.

David Starbuck, the archaeologist who led the dig, said the most significant find was the intact stone walls buried in Fort George, which the British never finished building.

In 1759, the commander of British forces in North America, Jeffery Amherst, ordered the construction of a large fort at the site of two previous battles. The engineer assigned to the task, James Montresor, halted work after the British captured the French fort at Ticonderoga that summer.

Only one corner bastion of the stone and earthen fort was completed, along with an interior stone building. The fort fell into disrepair after the war ended in 1763, but the bastion was used by the Americans when the Revolutionary War started.

The British captured Fort George in 1777, only to lose it again after their defeat at Saratoga that year. The redcoats recaptured the bastion in 1780. What remains is a U-shaped, 20-foot-high grass-covered ruin of the bastion.

Starbuck usually digs at local sites where wooden forts once stood. Finding a structure with stone walls 6 feet high and up to 5 feet thick is a major highlight after 25 years of digging at military sites in the region.

“We’re looking at something that was used and rebuilt and improved upon for 20 years or more. I think that prompted them to build it more strongly,” he said. “It’s not something we expected.”