World Plane With 54 on Board Crashes in Indonesia
World 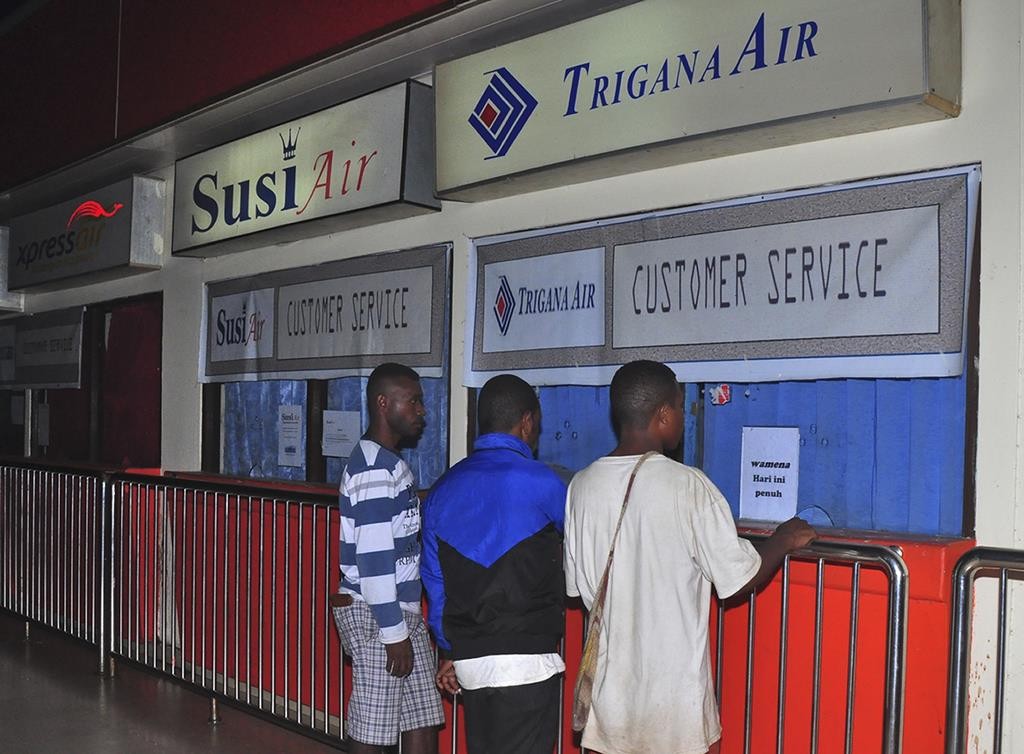 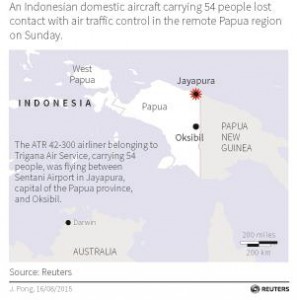 An aircraft with 54 people on board crashed in Indonesia’s remote and mountainous region of Papua on Sunday, a government official said, the latest in a string of aviation disasters in the Southeast Asian nation.

“The latest information is that the Trigana aircraft that lost contact has been found at Camp 3, Ok Bape district in the Bintang Mountains regency,” Air Transportation Director General Suprasetyo told reporters. “Residents provided information that the aircraft crashed into Tangok mountain.”

Earlier, the National Search and Rescue Agency (BASARNAS) said a twin-turboprop plane had lost contact with air traffic control as it flew over the forested area of eastern Indonesia but efforts to trace it were difficult because of failing light.

According to the official BASARNAS Twitter account, the aircraft, a short-haul ATR 42-300 airliner belonging to Trigana Air Service and built in France and Italy, was carrying 44 adult passengers, five crew and five children and infants.

The plane was flying between Jayapura’s Sentani Airport and Oksibil, due south of Jayapura, the capital of Papua province.

According to the Aviation Safety Network, an online database, the ATR 42-300 that went missing made its first flight 27 years ago. ATR is a joint venture between Airbus and Alenia Aermacchi, a subsidiary of Italian aerospace firm Finmeccanica.

The airline has been on the EU’s list of banned carriers since 2007. Airlines on the list are barred from operating in European airspace due to either concerns about safety standards or the regulatory environment in their country of registration.

Trigana has had 14 serious incidents since it began operations in 1991, according to the Aviation Safety Network. Excluding this latest incident, it has written off 10 aircraft.

Airline officials were not immediately available to respond to enquiries from Reuters.

Indonesia has a patchy aviation safety record and has seen two major plane crashes in the past year, including an AirAsia flight that went down in the Java Sea, killing all on board.