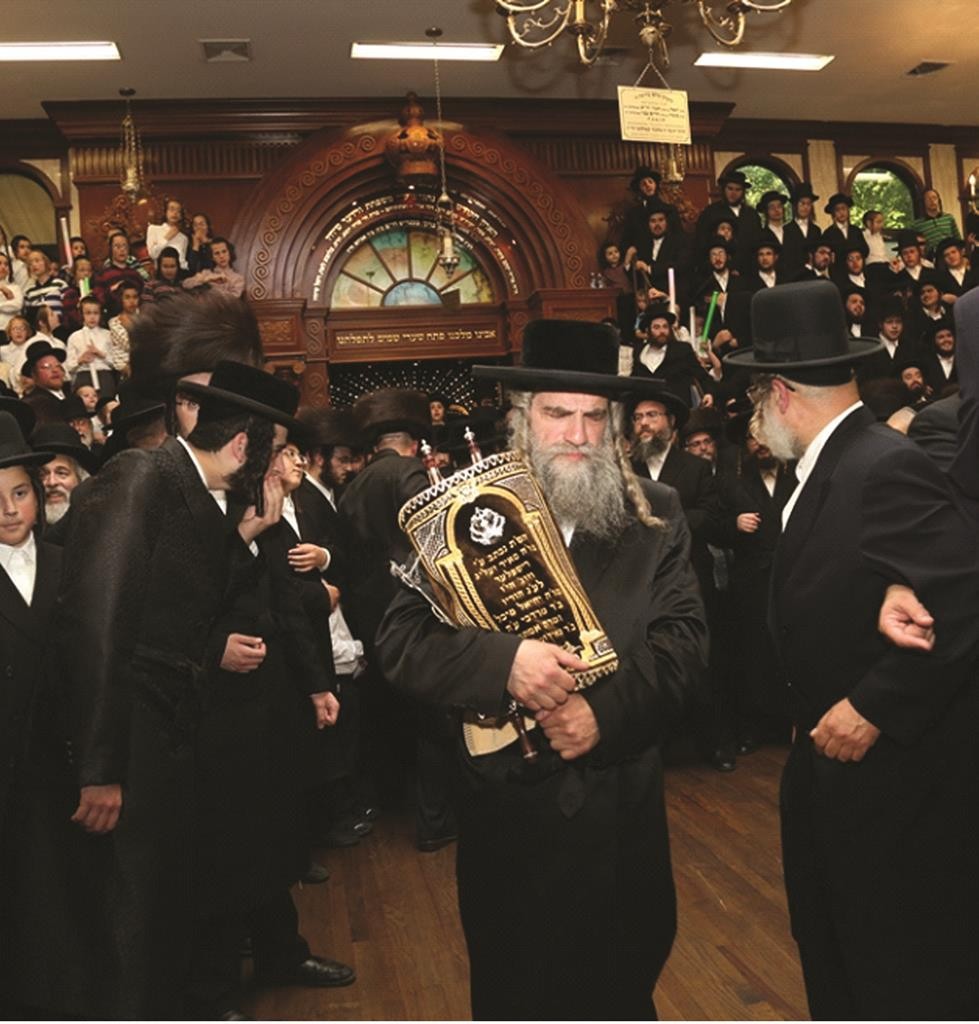 Shockwaves coursed through the entire Satmar Chassidus, the Catskill Mountain area, and the community at large as the heart-wrenching news spread of the sudden passing of Harav Aryeh Leibush Teitelbaum, zt”l, a respected and beloved Dayan and Posek in the prime of his life, He was 64.

Harav Teitelbaum served as Mara d’Asra in Kiryas Vayoel Moshe, better known as Ichud, a magnificent center of uninterrupted Torah and tefillah in Monticello, established by the Satmar Chassidus under the Satmar Rebbe Harav Aharon Teitelbaum. The sprawling colony benefits Monticello and the entire region beyond, with Harav Aryeh Leibush serving as Dayan in this and the many other colonies in the area, and providing a listening ear to anyone in need.

This vibrant and charismatic Torah leader did not awake on Shabbos morning, Parashas Re’eh, the first day of Rosh Chodesh Elul 5775, to the shock and pain of all who received the terrible news.

This writer was privileged to have observed Rav Teitelbaum in his avodas hakodesh during visits to the Ichud colony, and it was apparent from the moment I set eyes on him why this Rav was so admired: his exceptional hasmadah, spending many hours of the day in the beis medrash learning; the way he answered the many she’eilos that came his way, greeting each comer with a sever panim yafos; and especially the way he related to children, speaking with them in learning and encouraging them in their limud haTorah. This terrible loss is felt by many, many thousands.

Rav Aryeh Leibush was born in Williamsburg in the year 5711/1951. His father, Rav Elchanan, z”l, is still remembered today as one of the chashuvim of Satmar, a great talmid chacham and direct descendant of the Yismach Moshe, who only went into business at the behest of the Satmar Rav, zt”l.

Rav Aryeh Leibush learned in the Satmar yeshivah and was immediately noticed for his exceptional hasmadah, something that continued — and never faltered — throughout his tragically short life. He married, ybl”c, the daughter of the Shinever Rebbe, who at one time led the Shinever shul in Boro Park but later moved to Monsey. He sat down to learn in kollel and never left — literally. He remained in kollel his entire life, and conducted his life with the simplicity and modesty of a kollel yungerman, living in a small apartment above the Polisher shtiebel in Williamsburg.

This unassuming masmid and Gadol b’Torah whose farthest thought was self-promotion — the consummate borei’ach min hakavod, always shunning the limelight — earned the unfailing trust of the Satmar Rebbe , Harav Aharon, shlita, and, by extension, the many thousands, ka”h, within the kehillah, a fruition of hakavod borei’ach acharav, honor pursued him.

He was widely regarded as one of the greatest poskim within the Satmar kehillah. He oversaw the kashrus of the butcher shops under the Kiryas Yoel shechitah, something that in Satmar is taken especially seriously. He also oversaw the kashrus of the mikvaos and of the wheat for the matzos of the Satmar matzoh bakeries — also areas of Yiddishkeit that are approached with exceptional zehirus as per the Satmar tradition. He did all of this with utmost dedication and expertise that he gained from his many decades of intense learning, and with very little fanfare, simply guiding the masses toward more scrupulous observance of mitzvos.

Dazed, grief-stricken admirers of this beloved Rav gathered on Motzoei Shabbos for a levayah at the bungalow colony, which also drew crowds from all over the mountains.

A large levayah was held on Sunday morning at the main Satmar beis medrash in Kiryas Yoel, and was attended by thousands who escorted Harav Aryeh Leibush ben Harav Elchanan — who spent his life in the tents of Torah, learned in humility, and loved his fellow Yidden — to his final resting place at the beis hachaim in Monroe.

He is survived by his Rebbetzin Sara Beila, and sons and daughters who married into chashuve Rabbinic families.