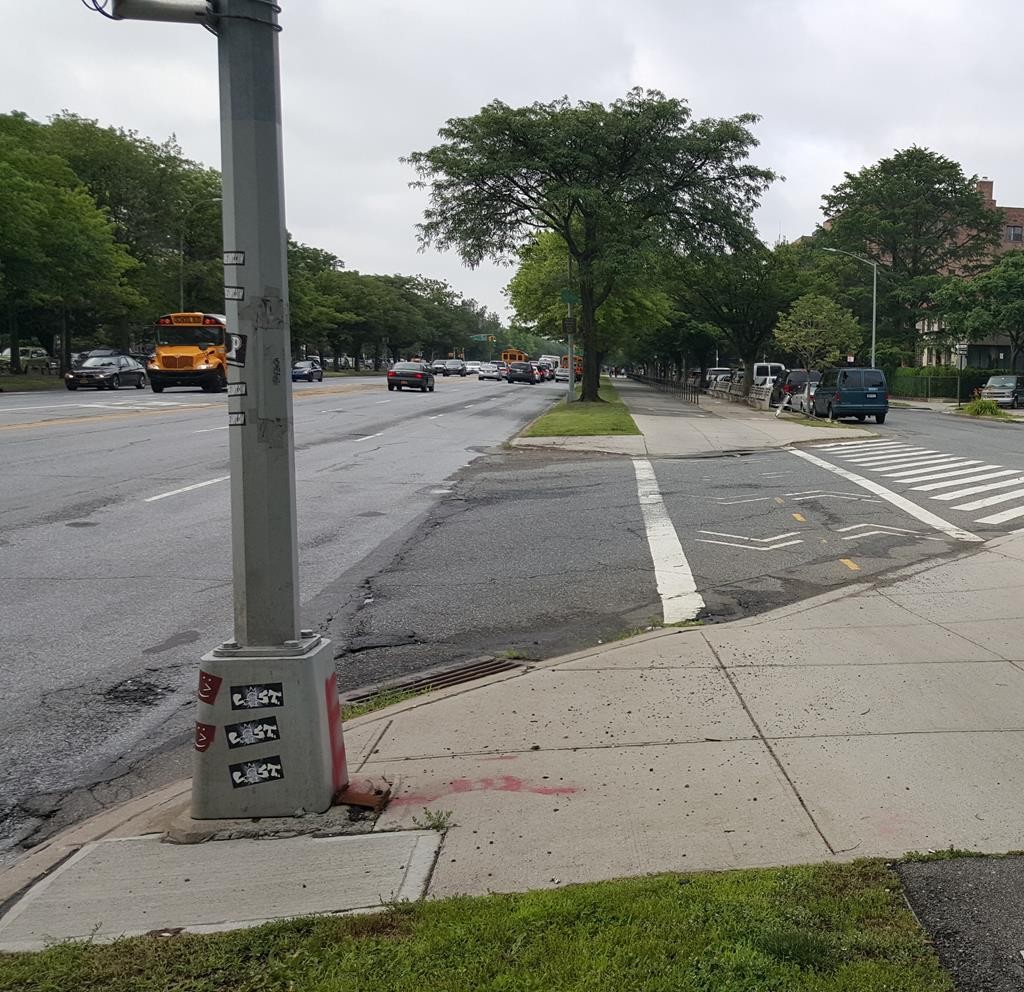 A rider on a bike lane on Ocean Parkway stopped suddenly as he was crossing Bay Parkway, when a car made a sharp right turn onto the middle-of-the-road exit that has no signs and gives drivers the feel that it is a continuation of Ocean Parkway.

A video distributed on Thursday by a Brooklyn lawmaker shows a safety issue that has long been the bane of people walking or biking on Ocean Parkway, a major thoroughfare bisecting Boro Park and Flatbush. Between avenues I and J is Bay Parkway, an avenue feared by pedestrians,  since drivers on Ocean Parkway can swerve onto it with little warning.

“This is a unique and horribly dangerous intersection,” Hikind said. “I’ve seen people veering off suddenly. It’s absolutely terrifying. This is an accident waiting to happen.”

Hikind said he has written to Commissioner Keith Bray and is awaiting a response.