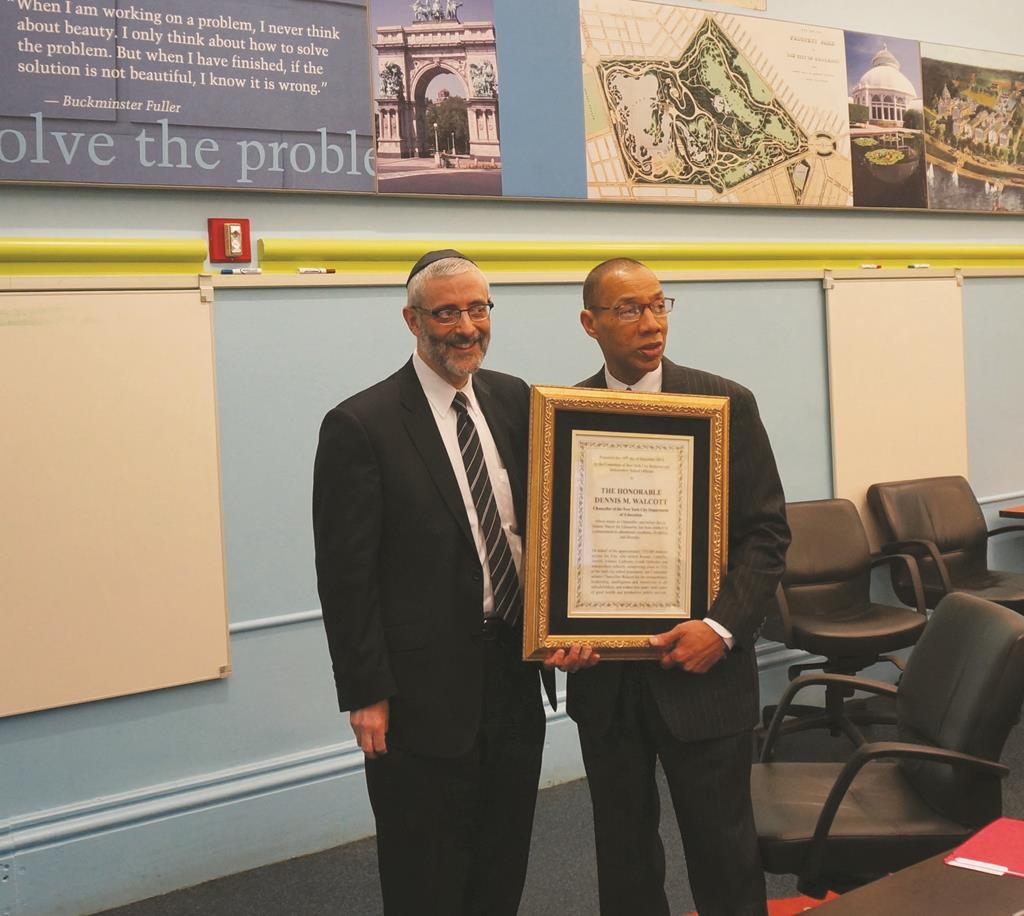 A former New York City schools chancellor whom yeshivah umbrella groups say was very considerate of their needs during his tenure was appointed Thursday to monitor an Orthodox-led school board in Rockland County.

While Dennis Walcott comes in with much goodwill on the part of East Ramapo’s yeshivah activists, one person familiar with the situation told Hamodia on Thursday, they will be watching to see how much authority he will be given.

The fear among supporters of the board is, the source said, that Walcott’s ultimate judgment was already decided by those who appointed him, similar to the case of a previous monitor last year.

“The question is if he is going to have full leeway or he will be controlled by [Board of Regents Chancellor Merryl] Tisch,” the source said. “If he is the right person, this can be the light at the end of a dark tunnel.

“If Walcott has the independence he needs to present the real problems and real solutions,” he added, “then I’m hopeful. But if it’s a prewritten outcome then it’s just going to be a repeat of Greenberg.”

Hank Greenberg was appointed monitor of the East Ramapo school board — which oversees schools in Monsey, Spring Valler and New Square — with a goal of writing a report on the way forward. However, his conclusion that nothing illegal was done by the board and the problem was insufficient funding was drowned out by his sharp criticism of the board’s lack of transparency.

Walcott said he will work with all sides, “but we will not shy away from keeping the district accountable to the community when we identify areas of improvement. I will be a presence in the district.”

Assemblyman Dov Hikind of Brooklyn said in a press release Thursday that he knows Walcott from his three years leading the New York City school system through 2013. Hikind said he heard from the Rockland community that they are tentatively satisfied with the appointment.

“[Walcott] is an extremely fair individual and his appointment is a positive development,” Hikind said. “After reaching out to the Jewish community and hearing how they are cautiously optimistic with these developments, I believe this is a turning point for everyone going forward.”

Walcott and his team are charged with monitoring the board’s finances, ensuring that public school students receive sufficient programming and producing a report of their findings to state Education Commissioner MaryEllen Elia and the Board of Regents. The report is due by the end of the year.

The heated criticism from public school parents was obvious at the sometimes-raucous meeting where Walcott was introduced. Some shouted for the resignation of board president Yehuda Weissmandl or for federal intervention.

“There is clear evidence that for many years the district has not adequately served the needs of its public school students,” Elia said in naming Walcott.

The board blames the formula used to calculate state funding for the district for the cancellation of extracurricular activities. But many public school parents have complained that the school board supports yeshivos at their expense.

Walcott will not be able to veto board actions or remove board members and could attend the board’s sessions only if invited. But he said that he and his team, which includes Monica George-Fields, an expert in school turnarounds, and John Sipple, a Cornell University expert in school finance, “know what to look for.”

Weissmandl, who attended the event held in the Cultural Arts Center at Rockland Community College, said in a statement that he will work together with the new team.

“The board and I are eager to begin our work with Mr. Walcott and the monitoring team to identify and implement improvements in the district’s educational programs and services,” Weissmandl said.

Many in the crowd of about 350 people frequently broke out into shouts, heckling Elia. At one point, when a man accused Elia of being a “liar,” Tisch interrupted to ask people to moderate their language since “children sit in this audience.”

Robert Kurkela, a persistent critic of the board who lives outside the district, was escorted out.

“The state education [commissioner] got a good picture of what’s really going on in the community,” the source said.