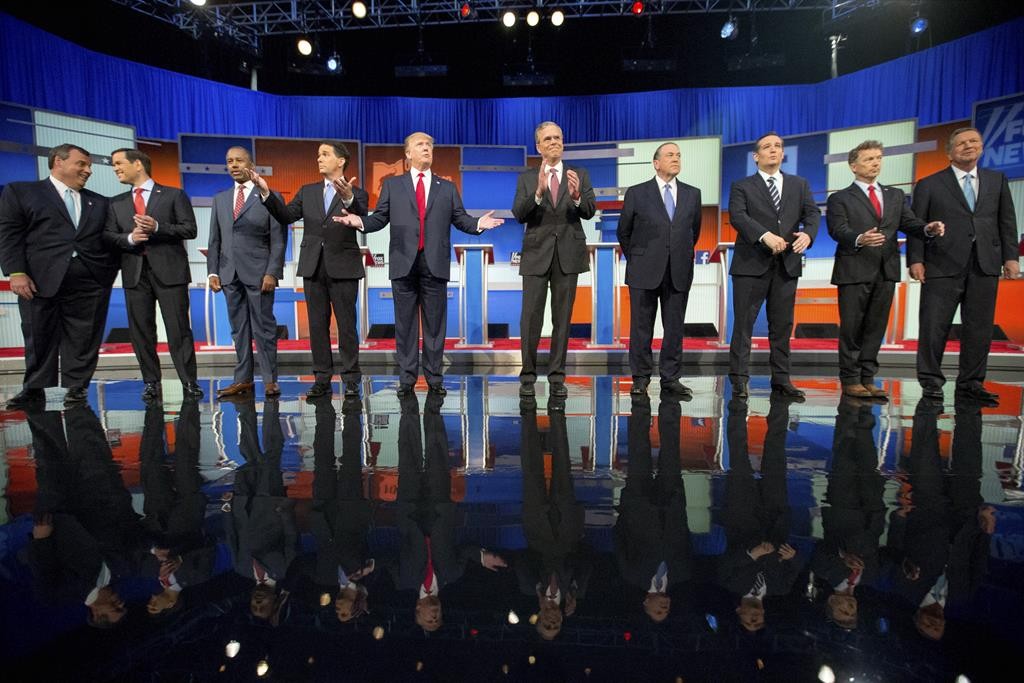 There is no sign that Donald Trump’s raucous first presidential debate is hurting his support among party voters, with the latest Reuters/Ipsos poll showing he still has a big lead over his rivals for the Republican presidential nomination.

Trump’s staying power is defying predictions of political doom and leading some Republicans to explore ways to persuade him not to pursue a third-party bid should he falter in his quest for the Republican nomination in 2016.

Trump led the party’s 17-strong 2016 presidential field with the backing of 24 percent of Republican voters, unchanged from before Thursday’s debate, the Reuters/Ipsos poll found.

His closest rival, former Florida Governor Jeb Bush, trails at 12 percent, down from 17 percent before the debate. No other candidate earned more than 8 percent in the online poll, conducted between the end of the debate and Sunday.

Rather than chastened, Trump was emboldened by his debate performance, despite strong criticism for boorish comments he made about Fox News debate moderator Megyn Kelly when she asked about his past derogatory comments about women.

Trump, dumped from a keynote speech Saturday night in Atlanta by the influential conservative group RedState, tweeted on Monday he had been assured by Fox News president Roger Ailes that the network would treat him fairly.

With the next debate coming up Sept. 16 in California, hosted by CNN, some Republicans have discussed possible ways to make his participation dependent on forswearing talk of an independent presidential bid. Trump declined to rule out such a run in Thursday’s debate.

“Why should we give this guy, any person, 25 million eyeballs to help his candidacy or her candidacy for an independent run?” said a member of the Republican National Committee, referring to the 25 million people who watched the Fox debate.

Other committee members say trying to bump him from the debate could risk serious blowback from Trump, and he could always break any promise not to make a third-party bid.

“The best way to handle it is to let it play out,” said Steve Duprey, an RNC committee member from New Hampshire.