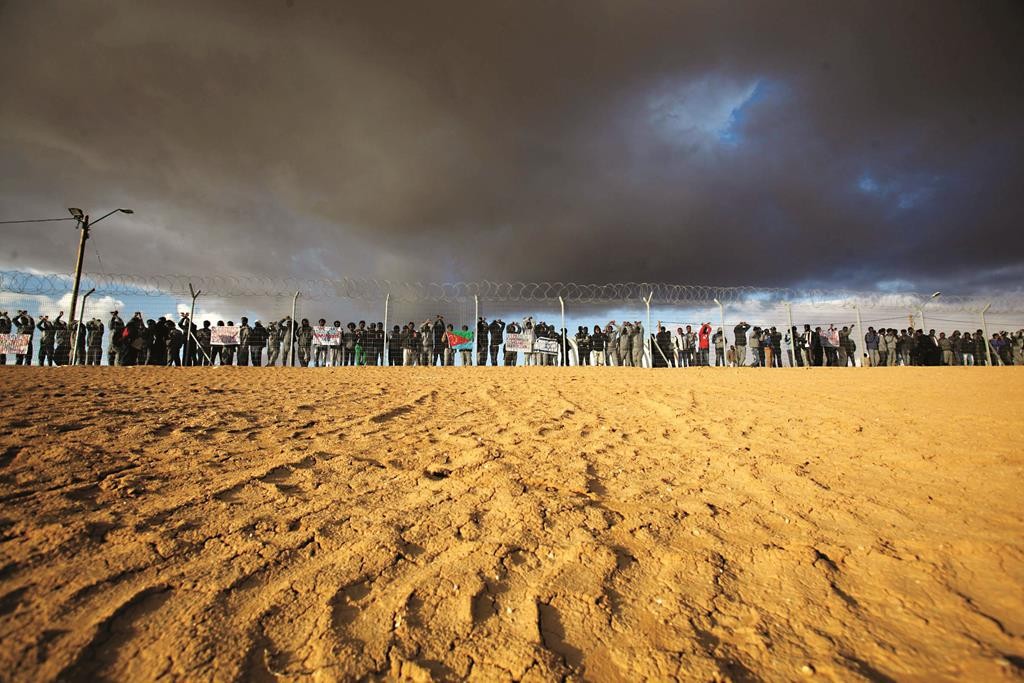 The Israeli High Court on Tuesday once again overruled the Knesset, partially voiding the “anti-infiltration law,” which it found excessively harsh to the illegal migrants from Africa.

The Court said that while holding migrants at the Holot detention facility in the Negev is constitutional, keeping them there for up to 20 months was disproportionate.

The judges gave the Knesset six  months to revise the law, and limited the length of detention at Holot to 12 months pending such revision.

The ruling will result in the release of about 1,200 detainees from Holot within 15 days.

After the first two amendments to the “Anti-Infiltration Law” were struck down by the High Court in the past few years, a new version was passed in December 2014, which ruled that the maximum amount of time African migrants can be held in Saharonim is three months, and 20 months in the Holot open detention center. A previous version of the bill had allowed the state to keep migrants who illegally crossed into Israel jailed at Saharonim for up to a year before releasing them to Holot, an open facility.

Also, while in the previous versions of the law detainees were ordered to sign in three times a day at Holot, the present draft calls on them to sign in just once a day. They are still not allowed to work, however.

NGOs working on behalf of the migrants issued a joint statement noting that the Court “has ruled for the third time that also this time, those legislators did not devote enough time and thought to the gravity of removing the freedom of thousands of people.”

They added that Israel’s policies towards migrant workers should not be defined by “mass imprisonment of innocents.”

“Today, the verdict regarding the Infiltrator Law will be handed down,” wrote Shaked. “The law has been canceled twice by the Supreme Court. The formulation enabled by the Court last time was too soft, and the proof of that is that in recent months, the phenomenon of infiltration, which we almost overcame, has returned, and dozens of Africans penetrated Israel.”

According to figures from the Population, Immigration, and Borders Authority, as of March there were approximately 42,000 illegal African migrants in Israel, most from Eritrea, the rest from Sudan.