Regional After 190 Years, Erie Canal A Relic With a Hefty Cost
Regional 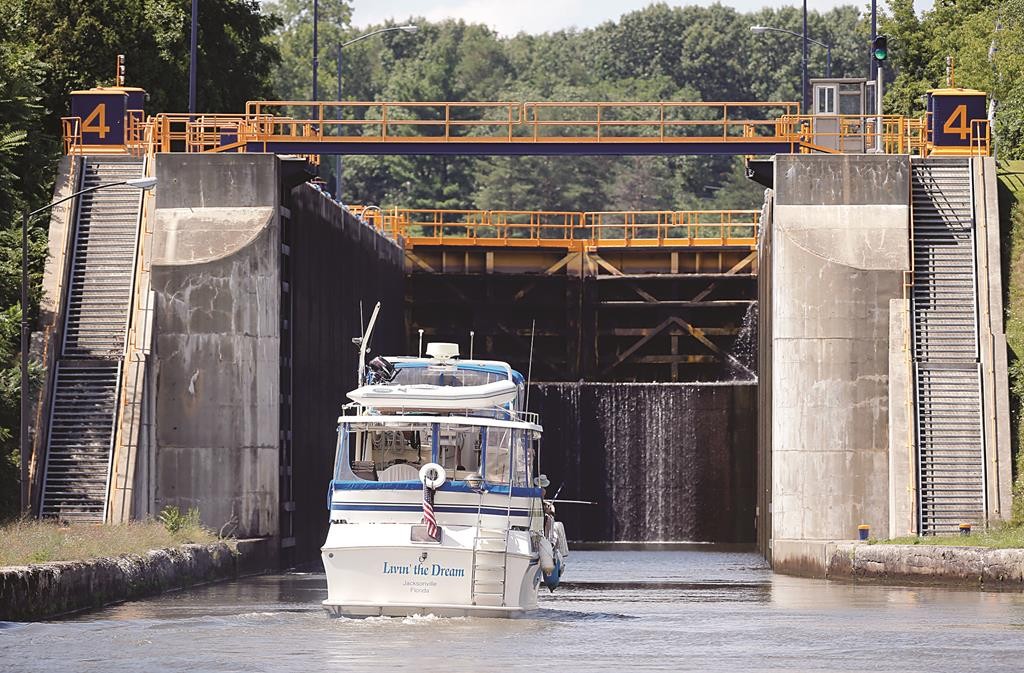 The Erie Canal was an engineering marvel when it opened in 1825, linking the Hudson River to the Great Lakes and humming with commerce that opened up the West.

Long ago eclipsed by railroads and interstates, the waterway has for many years been a historical curiosity that’s seen waning use by recreational and commercial vessels.

Now a renewed court fight has drawn fresh attention to the 360-mile-long ribbon of channels, lifts and locks between Albany and Buffalo, calling into question whether taxpayers will again have to foot the hefty bill to keep it and the other canals in the system operating.

The Erie Canal is in many ways a linear park with a new trail system spanning the state. Paths where mules once towed barges are now tracks for bikers, walkers and joggers. Boaters can in a short distance pass a sewage treatment facility and a stretch of undeveloped shoreline alive with kingfishers and great blue herons.

The state Canal Corp. recorded 107,786 vessel passages through locks and lifts in 2014, most of them recreational boaters who pay anywhere from $25 to $100 for an annual pass. And most are on the Erie Canal, the largest of four main canals in a system that includes the Champlain Canal and others branching to lakes in central and western New York. The number of passages has declined for years and compares to a peak of 163,419 in 2002.

With little income generated by the canals themselves — recreational revenue is about $165,000 a year, commercial only $40,000 — the cost of operating them is now covered largely with highway tolls collected by the Thruway Authority. And the roughly $55 million operating budget for the canals accounted for a large chunk of the $78.5 million in losses the authority reported during the 2014 fiscal year. On top of that are annual capital investments in the tens of millions of dollars to maintain and improve the system.

The burden falls largely on highway toll-payers because of a decision in 1992 to shift control of the canals from the transportation department to the Thruway Authority.

Paul Tonko, then a state assemblyman and now a congressman representing a district that includes his canal-side hometown Amsterdam, said the legislature’s intention was to provide a stable source of funding, also imperative now with a renewed legal challenge to the 1992 decision.

A federal court ruled last week that a suit filed by trucking industry interests should be reinstated. The suit argues the use of tolls to subsidize the canal system is unfair. If the Thruway Authority loses, the state will have to come up with another way to fund the canals because New York is bound by its constitution to maintain it.

The Erie Canal, which swallows the biggest portion of the system’s operating budget, enjoyed a heyday that spanned a couple of decades. By the mid-19th century, canal traffic had peaked as railroads took away business, followed by the Interstate Highway System and the St. Lawrence Seaway, which allowed large vessel traffic to and from the Great Lakes.

Tonko has long believed that “heritage tourism” — something he’s pushing in Congress — can be a boon for the Eric Canal and its communities, citing their roles in key moments in U.S. history, including the American Revolution, Underground Railroad and industrial revolution.

“There’s a lot of history to tell,” Tonko said. “And each of these communities in that region has a piece of this book.”