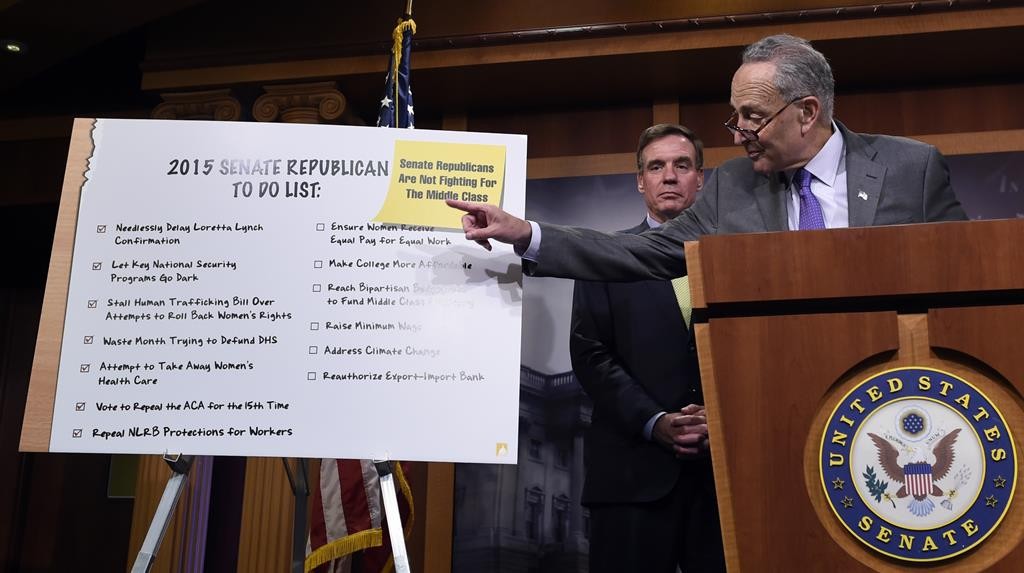 President Barack Obama suffered a notable setback in his all-out campaign to secure Democratic support for the Iran nuclear deal when the leading Jewish Democrat in the Senate announced his opposition. The question is how significant the blow will turn out to be.

Republicans, infuriated by Obama’s recent comparison of GOP foes of the pact to “Death to America” Iranian hardliners, immediately focused on the stunning break with the president by Chuck Schumer of New York, and they’re urging other Democrats to buck the administration.

But there was no quick indication that the announcement by Schumer, the No. 3 Senate Democrat and party leader-in-waiting, would trigger a rush of Democratic opposition to the international accord.

Still, a second New Yorker, Rep. Eliot Engel, the top Democrat on the House Foreign Affairs Committee, and an additional Democratic member of the panel, Brad Sherman of California, joined Schumer Friday in opposing the deal.

Five weeks before crucial votes in Congress, Schumer’s decision was seen as a blow to the administration, whose intense lobbying on Capitol Hill had produced a steady stream of support from Democrats who had been the most vocal in demanding congressional oversight, including Virginia’s Tim Kaine and Florida’s Bill Nelson.

But Democrats in the House and Senate said they remained confident that a sufficient number would ensure Obama’s deal survives.

House and Senate Republicans have enough votes to pass a resolution of disapproval next month, but Obama is widely expected to veto that resolution and Republicans will then try to overturn the veto.