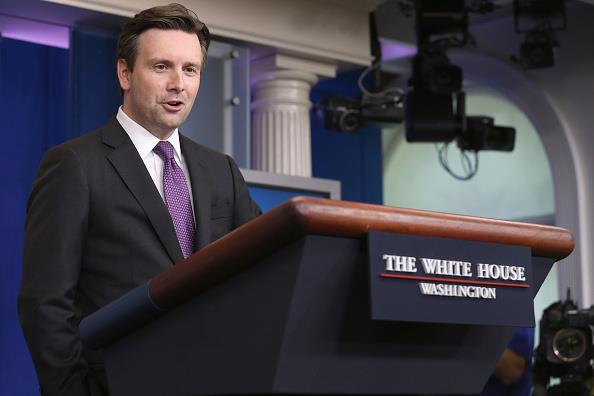 U.S. President Barack Obama has indicated that he believes that the Israeli campaign to galvanize Congressional opposition to the Iran nuclear deal is unprecedented.

In an interview on CNN, Obama was asked if he thought it was “appropriate for a foreign head of government to inject himself into an American affair.”

The president responded that he would let the interviewer “ask Prime Minister Netanyahu that question if he gives you an interview,” before adding: “I don’t recall a similar example.”

Obama then added that the U.S.-Israeli relationship is “deep, it is profound.” However, he said, “on the substance, the prime minister is wrong on this. I can show that the basic assumptions he’s made on this are incorrect.” In fact, said the president, the deal is “very good for Israel.”

Meanwhile, the president was engaged in an unusually heated row with the American Israel Public Affairs Committee (AIPAC), which has mobilized hundreds of activists from all over the country to lobby against the Iran accord in Washington.

A day after meeting with two representatives from AIPAC, Obama said in a speech at American University that his opponents were “lobbyists” who were spending millions on the same hawkish rhetoric that had led the United States into war with Iraq. The president did not mention AIPAC by name, but it was his presumed target.

The president’s rhetoric prompted fears of an anti-Jewish reaction.

“It’s somewhat dangerous, because there’s a kind of a dog whistle here that some people are going to hear as ‘it’s time to go after people,’ and not just rhetorically,” David Makovsky, a former Middle East adviser for the Obama administration and now an analyst at the Washington Institute for Near East Studies, told The New York Times.

However, Obama’s advisers rejected the suggestion that he used coded language to single out AIPAC.

“This has nothing to do with anybody’s identity; this is a policy difference about the Iranian nuclear program,” said Benjamin J. Rhodes, the deputy national security adviser for strategic communications. “We don’t see this as us versus them,” Mr. Rhodes added, predicting that the White House and AIPAC would work closely in the future on other matters, including Israeli security.

The White House cried foul too in respect to the lobbying of Democratic Senator Charles Schumer, who announced on Friday that he would oppose the deal.

AIPAC reportedly sent 60 activists to Schumer’s office to lobby him last week, while Citizens for a Nuclear- Free Iran, an offshoot group, ran at least $25 million in advertising against the deal in New York City.

“I don’t know if the administration’s been outlobbied,” Josh Earnest, the White House press secretary, said Thursday before Schumer’s announcement. “We certainly have been outspent.”