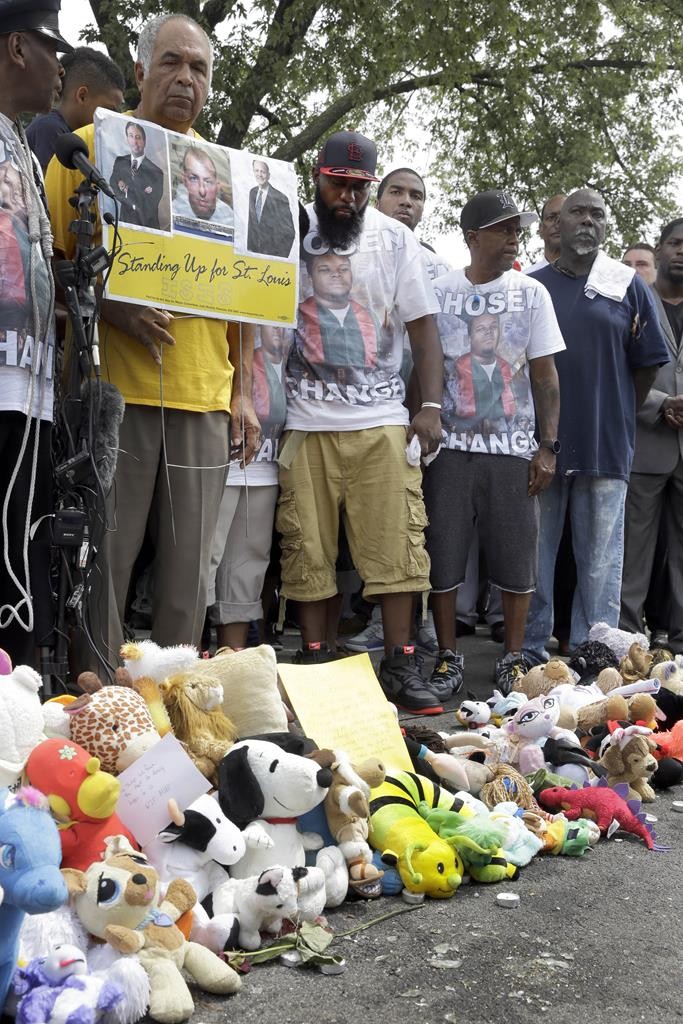 One year after the shooting that cast greater scrutiny on how police interact with black communities, the father of slain 18-year-old Michael Brown led a march in Ferguson, Missouri, on Sunday after a crowd of hundreds observed 4 1/2 minutes of silence.

Those who gathered to commemorate Brown began their silence at 12:02 p.m., the time he was killed, for a length of time that symbolized the 4 1/2 hours that his body lay in the street after he was killed. Two doves were released at the end. Police largely remained away from the ceremony.

Michael Brown Sr. held hands with others to lead the march, which started at the site where his son, who was black and unarmed, was fatally shot by Ferguson officer Darren Wilson on Aug. 9, 2014. A grand jury and the U.S. Department of Justice declined to prosecute Wilson, who resigned in November, but the shooting touched off a national “Black Lives Matter” movement.

Pausing along the route at a permanent memorial for his son, Michael Brown Sr. said, “Miss you.”

He had thanked supporters before the march for not allowing what happened to his son to be “swept under the carpet.”

Michael Brown Sr. had also led a parade involving several hundred people on Saturday. He said his family is still grieving, but he believes his son’s legacy can be seen in the increased awareness of police shootings, and renewed skepticism when officers describe their side of events leading up to those shootings.

In New York, demonstrators lay on a Brooklyn pavement, maintaining their silence for a few moments before rising and joining others marching into Manhattan for another rally later in the day. Among those marching were a dozen people carrying a giant banner reading, “Black Lives Matter.”