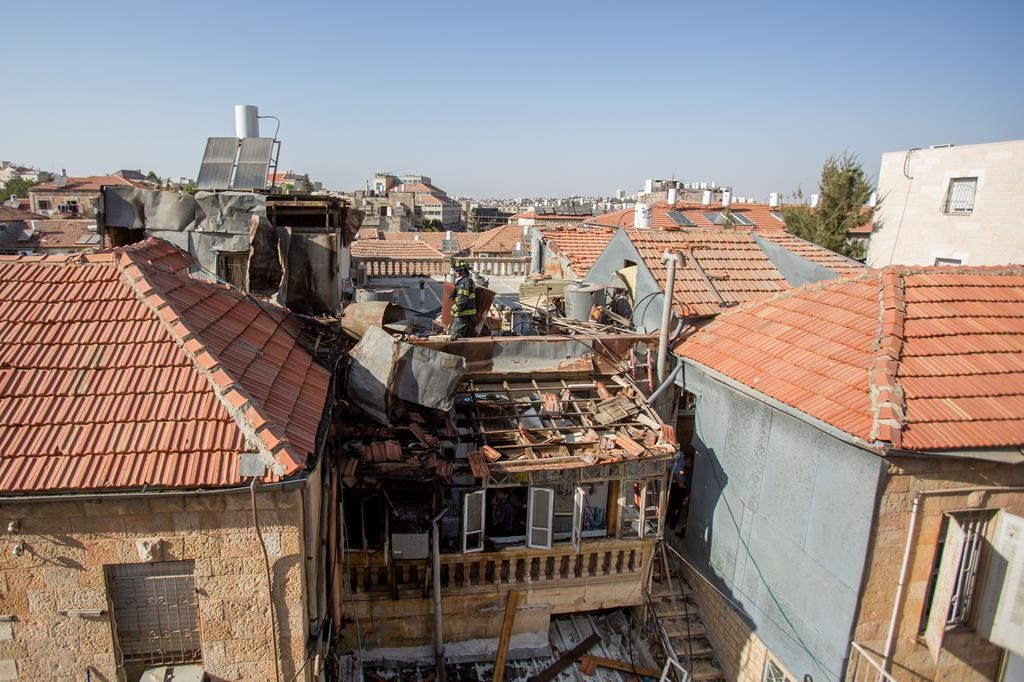 A gas explosion in the Meah Shearim neighborhood of Yerushalayim destroyed part of a two-story home and injured four people on Friday afternoon.

A 70-year old man and his wife, 65, were reported in moderate condition after a gas explosion in their kitchen. The man suffered numerous burns.

Two other family members were lightly injured when they jumped from the apartment as it went up in flames.

The incident occurred at 3:50 p.m. on Avodas Yisrael Street.

Police and rescue units rushed to the scene, where they extinguished the fire and treated the injured.

Municipal council member Moshe Leon praised the response, saying that “it was impressive to see the massive mobilization of the emergency units, police, ambulances, and firefighters, along with representatives from the city’s social services, to take care of the victims in such a speedy and effective manner.”