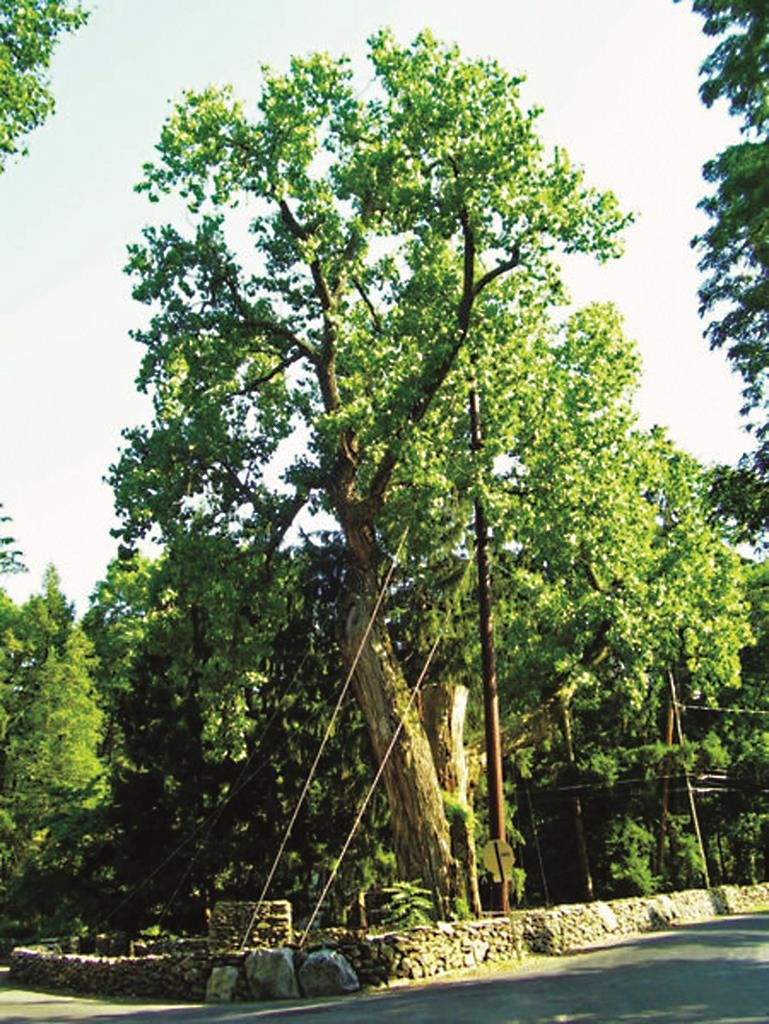 An eastern cottonwood tree that has stood in the Hudson Valley for more than three centuries has been cut down in the name of safety.

The Balmville Tree had stood for 316 years in the Orange County hamlet of Balmville. Its name reflects its original mistaken identification as a Balm of Gilead tree. State Department of Environmental Conservation Acting Commissioner Marc Gerstman says it was felled on Wednesday because its deteriorating state posed a safety hazard to passing traffic.

Dating to 1699, the cottonwood was more than 98 inches in diameter at chin height and was listed on the National Register of Historic Places in 2000. The state has been maintaining it since 1976, making it New York’s smallest state forest.

Local folklore claims that the tree grew when then-Gen. George Washington planted his walking stick during the final years of the Revolutionary War. But samples of the tree have dated its growth to 1699, well before American independence. Among the tree’s visitors were President Franklin Roosevelt, who was governor of New York.