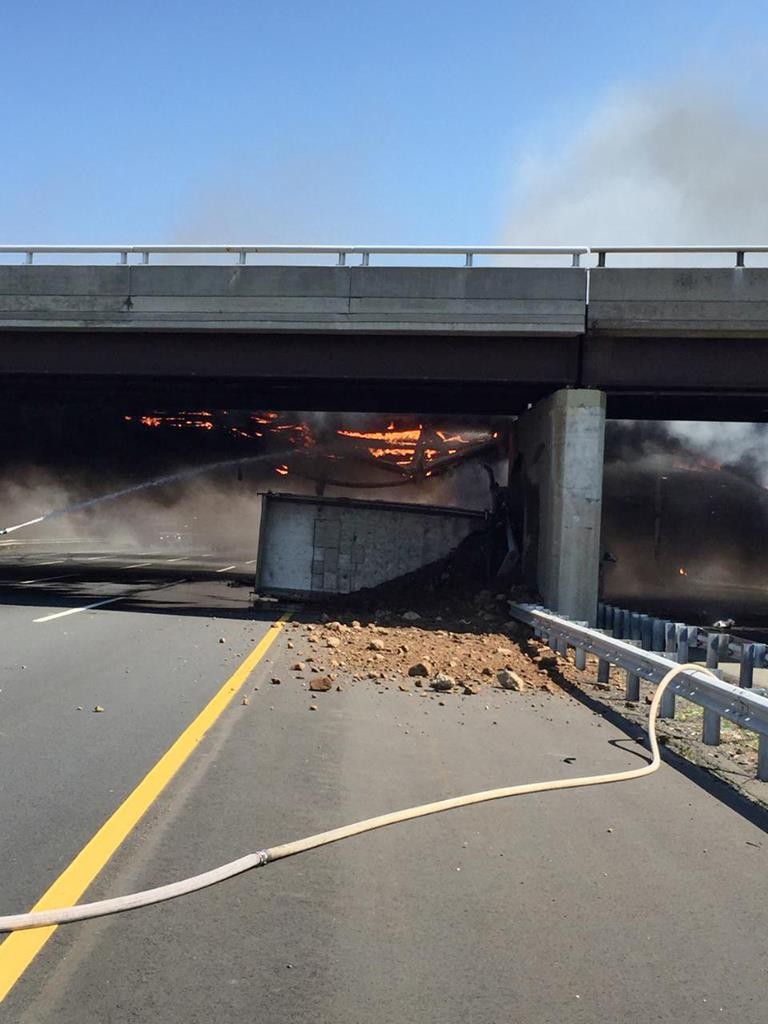 A dump truck crashed into an overpass on one of the nation’s busiest toll roads on Tuesday, killing one person, sparking a fire and causing a miles-long traffic standstill that lasted for hours.

The truck was traveling along the New Jersey Turnpike when it struck the Wood Avenue overpass in Linden near Exit 13A around 10:30 a.m. The fatality was believed to be the truck’s driver.

A fire ignited and was feared to have compromised the overpass and gas and power lines that run under it. Traffic lanes were closed until shortly after 10 p.m.

State police were investigating how the crash occurred on the turnpike, which handled about 235 million vehicles in 2010. In that year, there were 13 fatalities, down from 23 the year before.

Extensive delays were reported on both sides of the highway into Tuesday evening. Some motorists, having been in traffic for several hours, got out of their cars and talked with other stranded travelers. Others tossed a football around, and some pulled out beach chairs and sat in the sun.

New Jersey Sierra Club director Jeff Tittel said he was caught in the turnpike traffic and had never seen it so bad.

“I call it Carmageddon,” he said.