Israel Netanyahu: Pass the Budget or Government Will Fall
Israel 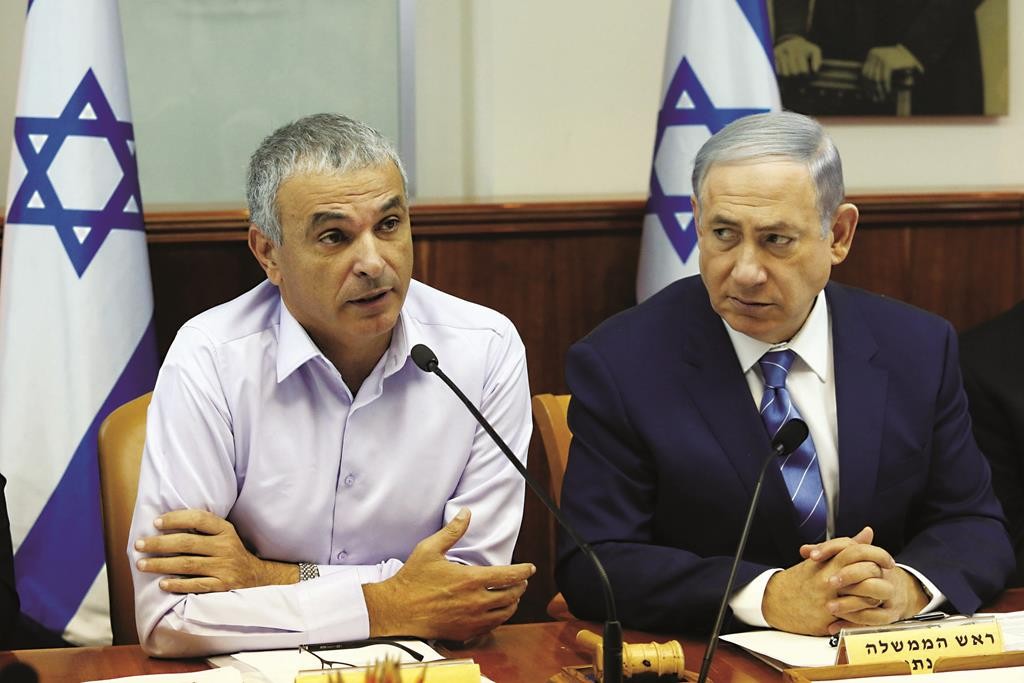 Israeli Prime Minister Binyamin Netanyahu’s ultimatum to the cabinet to approve the proposed budget for 2015-16 or face a collapse of the government still hung in the air on Wednesday night, as ministers continued to resist budget cuts that would effectively revoke previously signed agreements.

Ministers have won back an extra 8 billion shekels ($2.1 billion) for the budget plan, which covers more than 414 billion shekels. But they are pressing for more spending on defense, police, and education, while also demanding that Netanyahu keep his promise to scrap the value added taxes on basic goods.

“The state of Israel will have a budget because otherwise it will not have a government and our economic and security situation would deteriorate,” Netanyahu said in terse remarks ahead of a meeting of key ministers.

“Demands always exceed what there is, but in the end the right decisions are made. We will do so this time as well.”

Minister of Finance Moshe Kahlon hailed “really significant reforms. I think we haven’t seen reforms of such scope and depth in recent years. As the prime minister said, we have reforms here in financial banking, the cost of living, food, removal of obstacles, elimination of customs duties that have burdened consumers in Israel and continue to do so. I have no doubt that we’ll get the ministers’ support, because this, I repeat what the prime minister said, is a social and responsible budget, responsible and social, that really makes the person the main thing, together with responsibility for the growth of the economy, creating jobs, narrowing gaps, bringing the outlying areas closer to the center, in infrastructure, housing and, of course, in education.”

Shas ministers Aryeh Deri and David Azulai reportedly boycotted a cabinet vote on Wednesday morning to protest the proposed cuts, and several of Netanyahu’s own Likud members said they would not support the draft as it stands.

Shas leader Arye Deri was not giving in to pressure from Finance Ministry officials to abandon the elimination of VAT on basic items, which was a key condition to his party joining the coalition.

“They are supposed to implement the agreement, not say whether or not our demand will be in the budget,” a source close to Deri said. “That’s not their job. We have only two hands in the cabinet to vote against the budget, but we have more in the Knesset and we can prevent it from passing. We’ll take this (battle) to the end.”

Public Security Minister Gilad Erdan warned on Monday that he would vote against the budget unless he receives a promised NIS 300 million boost for police in 2016 and NIS 500 million boost for 2017. His decision to accept the ministerial post was only on condition that the budget would be expanded so that he could improve security.

Education Minister Naftali Bennett said that the three Jewish Home ministers would vote against it if cuts “devastating” to the education system are not reinstated.

On Monday, Bennett declared that the NIS 720m. cut to education and the NIS 263m. cut to higher education in the proposed budget will not happen.

“There will not be a billion shekel cut to education on my watch,” Bennett said. “This kind of cut is destructive and will cause us not to be able to strengthen the periphery, we won’t reduce gaps in education, there won’t be second assistants in preschools, we won’t reverse the downward trend in mathematics, we won’t be able to strengthen educating values, and we won’t change the violent discourse in Israeli society.”