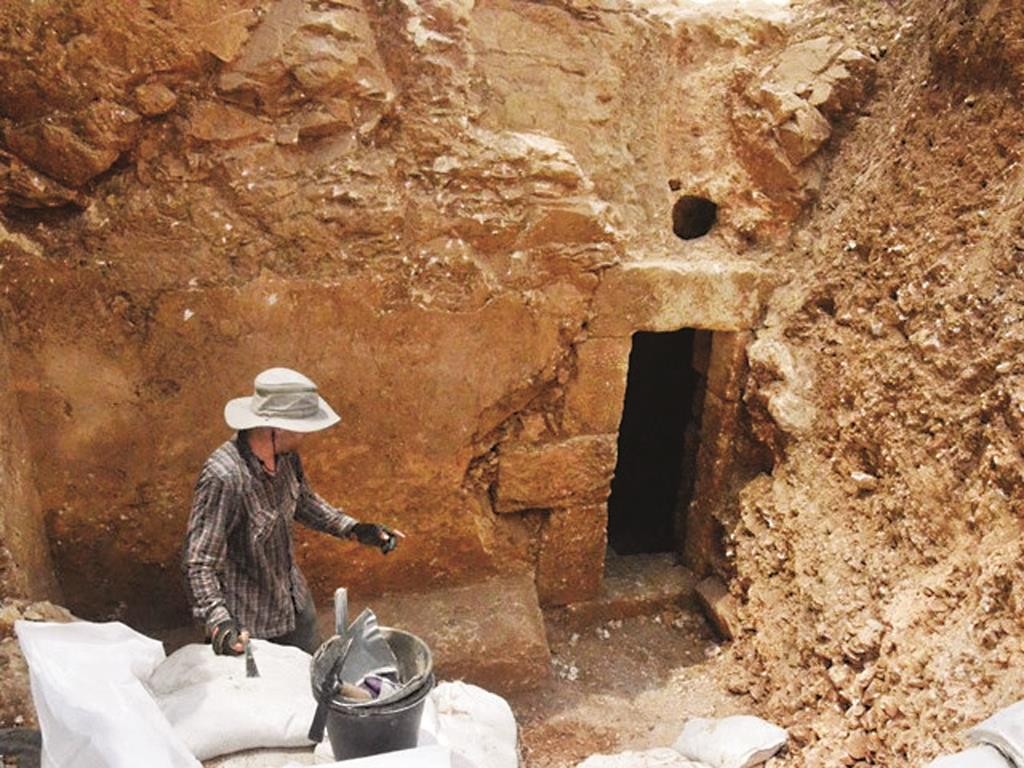 A mikveh which is believed by archeologists to date to the Bayis Sheini period has been discovered in an underground cave in the Arnonah quarter of Yerushalayim.

The ancient mikveh, which contains mysterious wall inscriptions, was uncovered about two months ago during the construction of a nursery school on the site.

An anteroom, flanked by benches, led to the mikveh, and a winepress was excavated alongside it.

The walls of the mikveh were treated with ancient plaster and adorned with numerous wall paintings and inscriptions, written in mud, soot and incising. The inscriptions are in Aramaic, and among the symbols that are drawn are a boat, palm trees, various plant species and, possibly, a menorah, as well.

The wall paintings are so sensitive that their exposure to the air causes damage to them. As soon as the inscriptions were discovered the Israel Antiquities Authority began implementing conservation measures. They underwent initial treatment at the site, were removed in their entirety from the mikveh, and transferred to conservation laboratories of for further treatment and stabilization. In the future, the inscriptions will be put on display for the general public.