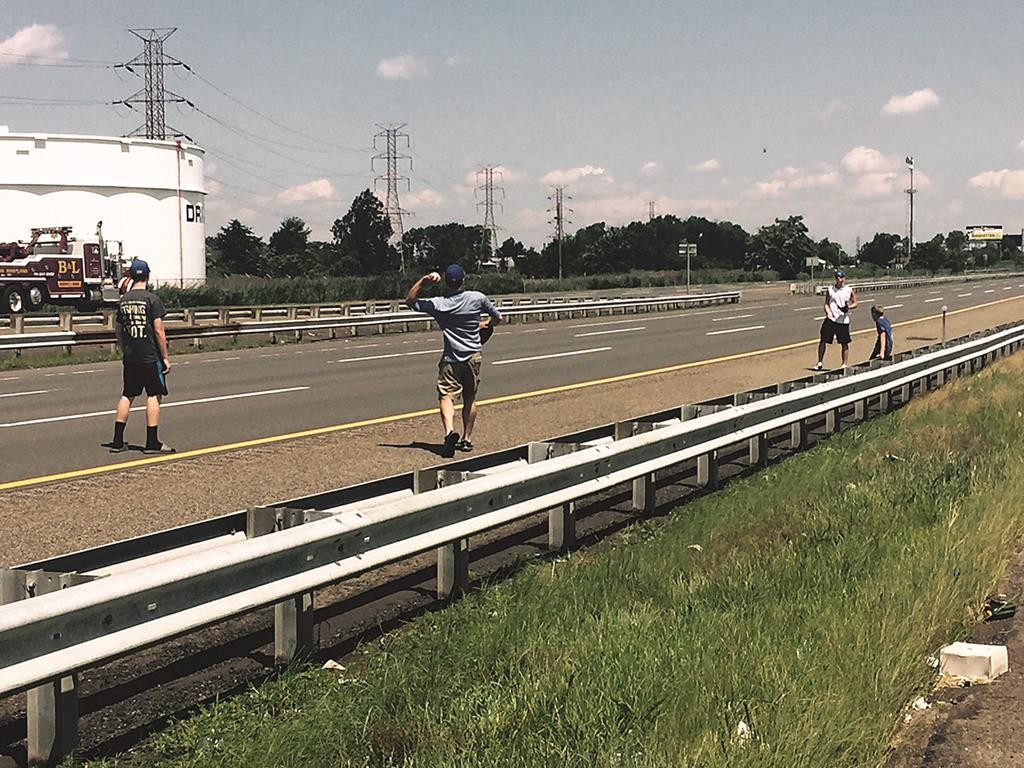 Traffic on one of the nation’s major toll roads was backed up until the evening rush after a dump truck struck an overpass Tuesday morning, causing a fire and a miles-long standstill.

The truck was traveling along the New Jersey Turnpike when it struck the Wood Avenue overpass in Linden near Exit 13A. A fire ignited that may have compromised gas and power lines that run under the overpass, as well as the structure itself.

Extensive delays were still being reported on both sides of the highway late Tuesday afternoon. Most motorists were out of their cars, talking with other stranded travelers, while others tossed a football around. Some pulled out beach chairs and caught some rays.