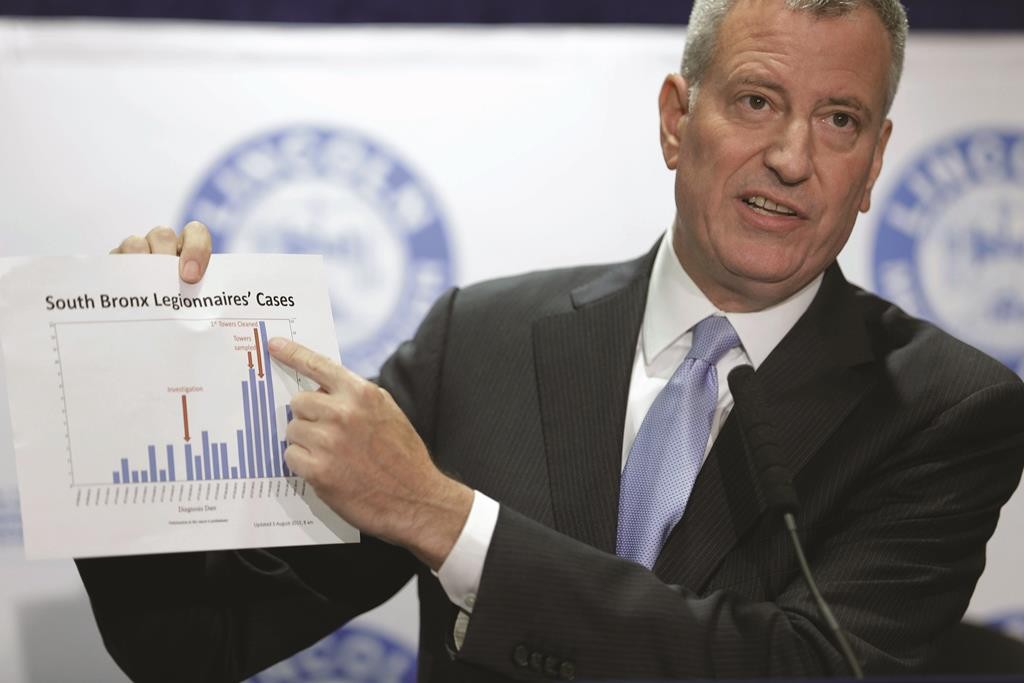 Lawmakers are rushing to draft New York’s first regulations for a type of heavy-duty rooftop air conditioning equipment amid suspicions that bacteria-laden mist from these units could be the cause of the deadliest known outbreak of Legionnaires’ disease in the city’s history.

Seven people have died and at least 86 have fallen ill in the South Bronx since July 10. People can get exposed to Legionella bacteria from a variety of sources, but cooling towers have been implicated in past outbreaks. Testing found five contaminated units in the part of the city where people are getting sick.

Between 8,000 and 18,000 people are hospitalized in the U.S. each year with Legionnaires’ disease, which is a type of pneumonia. The number of cases reported to the CDC each year has been rising, roughly doubling between 2000 and 2009.

The bacteria can thrive in warm water and become especially dangerous when the water is turned into a mist that can be inhaled.

Medical investigators have linked past outbreaks to public fountains, air conditioning systems, spas, showers and even the misters than keep fruit moist in supermarkets. In the case of New York City’s outbreak, the infected people might have simply been walking by on the street when they inhaled the mist.

The disease is not transmitted person to person, nor can it be transmitted through drinking water.

The five cooling towers have all been decontaminated, and lawmakers are hurriedly crafting legislation to help prevent another such outbreak.

Building owners would be required to register the location of cooling towers with the city. There will also be a schedule of mandatory inspections, plus rules mandating a prompt disinfection if bacteria are found.

City officials suspect the outbreak is starting to ease. They believe it peaked on July 30, and they have seen a decline in new cases since then. The first contaminated cooling tower was discovered and cleaned on July 29.

Health Commissioner Dr. Mary Bassett called it “the largest outbreak of Legionnaire’s disease that we are aware of in New York City.”

City health officials said the victims of this outbreak all had other serious health problems.