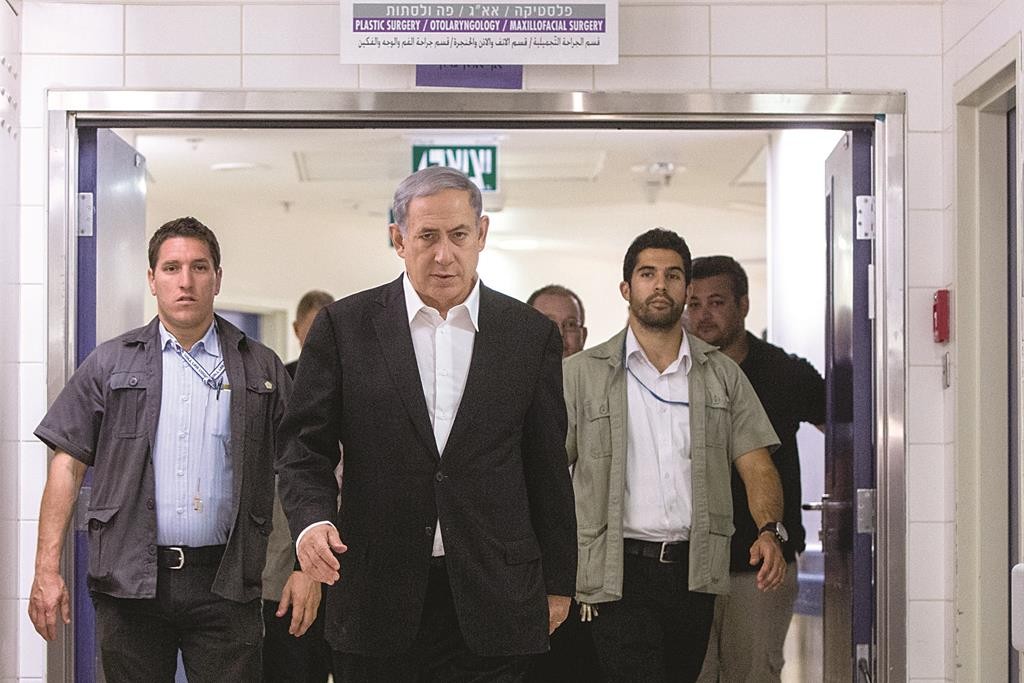 Prime Minister Binyamin Netanyahu condemned the international double standard on terrorism during a visit on Tuesday to the hospital room of a Jewish woman who burned in a firebombing in Yerushalayim the night before.

“A few days ago I visited the injured brother of the baby Ali who died in a terror attack that targeted Arabs. Today I visited Inbar Azrak, a young woman who was injured from a firebomb by terrorists targeting Jews. Ali’s brother is four years old, Inbar is a young mother of three, ages, two, three and four,” Netanyahu said.

Azrak, 27, suffered burns to 15 percent of her body when a firebomb was thrown at a vehicle she was traveling in near the Beit Hanina intersection in the capital. She is being treated at Hadassah Ein Kerem Medical Center where she is reported in stable condition.